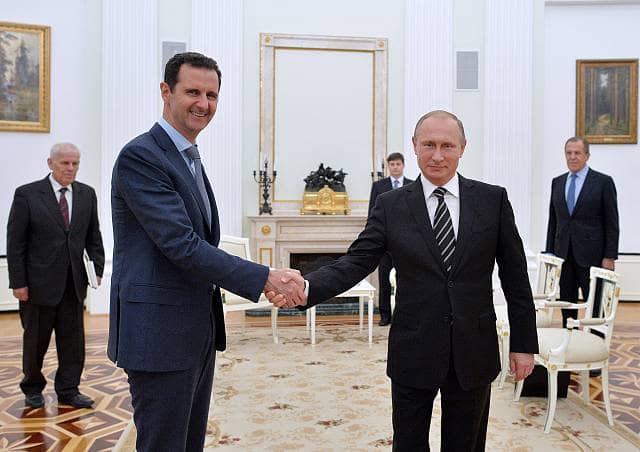 The Syrian president Bashar al Assad has spoken in an interview has said that the deadly chemical weapons attack blamed on him is “100 per cent fabricated.”

Assad said in an interview he gave “no order to make any attack” and claimed, “even if had chemical weapon we wouldn’t use them.”

Assad said to AFP TV: “It’s not clear whether it happened or not, how can you verify a video? There are a lot of fake videos now.”

“We don’t know whether those dead children were killed in Khan Sheikhoun. Were they dead at all?”

“Our impression is that the West, mainly the United States, is hand-in-glove with the terrorists.”

The videos showing children dying from the attack is “propaganda” and was designed to prompt the US missile attack.

Although, the World Health Organisation, chemical weapons inspectors and the US have cast doubt over Russia and Syria’s claims.