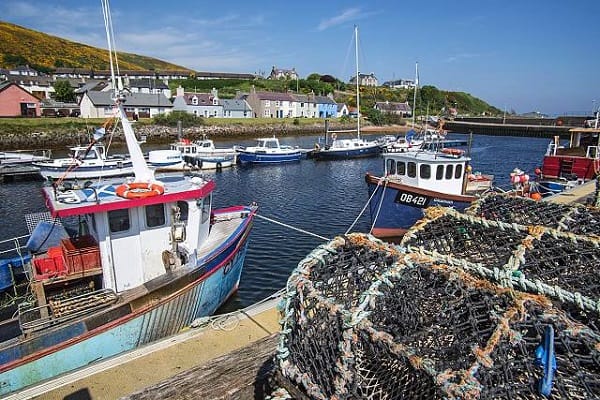 23 supertrawlers which are more than 100 metres in length, are deliberately fishing in UK preservation areas.

The supertrawlers have spent twice as long in the specially designated marine conservation areas in British waters as they did in 2019.

During the first six months of 2020 the Dutch flagged vessel Margiris and numerous Russian fishing vessels, spent a total of 2963 hours hoovering up fish across 39 protected areas, whilst 5,590 fishing hours were spent by supertrawlers in 19 protected areas, according to an investigation by Greenpeace.

Greenpeace said that the departure from the European Union’s Common Fisheries Policy has caused the increase in fishing activity.

Chris Thorne, an Oceans Campaigner at Greenpeace UK said, “Our government cannot continue to allow supertrawlers to fish with ever increasing intensity in parts of our waters that are supposed to be protected.

“It must step in and put a stop to industrial supertrawler operations within our offshore marine protected areas, something which will be possible after Britain leaves the Common Fisheries Policy.

“Industrial fishing operations have no place in our protected areas.”

Thorne added, “At least 30% of the UK’s waters should be off limits to all industrial fishing activity in a network of fully or highly protected marine areas.

“A good start towards achieving this would be to ban supertrawlers from fishing in our protected areas for thousands of hours every year.”

58 MPs, including the Foreign Secretary Dominic Raab have on Monday, joined calls for the government to ban supertrawlers and other destructive industrial fishing vessels from fishing in UK Marine Protected Areas.

Speaking to LondonLovesBusiness, Philip Evans, an Oceans Campaigner at Greenpeace UK warned, “The writing is on the wall, supertrawlers have no place in our most sensitive and ecologically important waters.

“Allowing these floating fish factories to operate in our Marine Protected Areas undermines the Government’s vision for ocean protection both at home and on the world stage.

“This government must heed the call from MPs, scientists, campaigners and one of its own cabinet ministers, and commit to a ban on supertrawlers and other destructive vessels operating in UK MPAs.

“This would pave the way for a network of fully or highly protected marine areas covering at least 30% of UK waters, and demonstrate that this government is serious about being a world leader on marine protection.”

The letter comes after a Greenpeace investigation revealed that supertrawlers, industrial fishing vessels over 100m long, spend thousands of hours each year fishing in supposedly protected parts of the UK’s waters.

A Greenpeace petition calling for a supertrawler ban has gathered over 213,000 signatures since June.