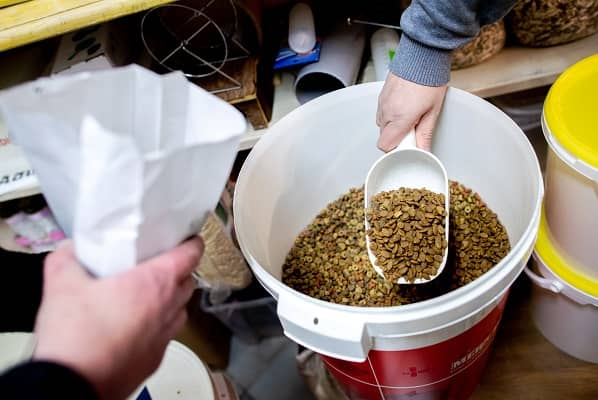 Millions of households across the UK are being hit hard by the energy and cost of living crisis and are choosing between heating or eating and some are “eating pet food” to survive.

A community worked said that he was shocked to hear that families are trying to heat their food on a “radiator or a candle” to save on gas or electricity.

Mark Seed who runs a community food project in Trowbridge, east Cardiff told the BBC that people are being forced to go to the lowest levels to eat, and we have been told that one person even used a kettle to cook pasta because they had no gas.

Food prices rose further in November by 12% compared to the same time last year and a new census shows that Wales has some of the most deprived communities.

According to the British Retail Consortium (BRC) we are now seeing the highest rate of food inflation since records started in 2005.

Seed told the BBC, “I’m still shocked by the fact that we have people who are eating pet food.

“[There are] people who are trying to heat their food on a radiator or a candle.

“These are shocking kind of stories that are actually the truth.’

“Cardiff is a flourishing city however there are pockets of deprivation which are simply not acceptable.”

He further said that people are not being paid enough to afford the essentials and that “everybody is squeezed or they just can’t afford it” amid the cost of living crisis.

“Buildings go up, the economy flourishes and firms move here, but there’s a gap and we’re trying to close it.”