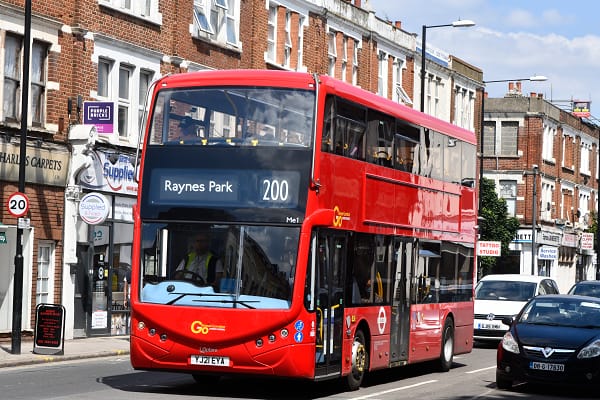 Strike action to affect some buses in north, northwest and west London

Bus drivers at some garages operated by Metroline plan to strike on seven days in December, with the first action starting on Thursday 1 December and the last day of action on Saturday 17 December.

This is expected to affect around 70 routes, mainly in north, northwest and west London, with most days of the planned strike action coinciding with ongoing strike action affecting Abellio services in west and south London. Transport for London (TfL) is advising customers in the affected areas to check before they travel and leave more time for their journeys.

A full list of the affected routes is on the TfL website. TfL will ensure as many bus services as possible run in the affected areas, but they will be busier than usual. Routes in other areas will be run as normal. If customers need to travel, they are advised to check before they do so and leave extra time for their journeys. To ensure these services run as smoothly as possible, TfL advises customers to have their cards at the ready to avoid delays and to make space for wheelchair users.

Louise Cheeseman, Director of Buses at TfL, said, “We apologise for any disruption caused to Londoners, especially for people in west London who may be affected by both sets of strike action. There still will be options for people to travel in the affected areas, but other routes may be busier than normal. We’re encouraging everyone in these areas to plan ahead, check before they travel and leave more time for their journeys. Our free TfL Go app and website are really easy ways to check your travel.”

Where possible, customers should consider alternative transport such as trams, national rail services or walking and cycling, with Santander Cycles available as far north as Camden Town and as far west as Hammersmith. E-scooters can be hired in some London boroughs, including Camden, Westminster and Lambeth. Customers who need to use buses in the areas affected should also try to travel at quieter times as during the busiest times it may not be possible to board the first bus.

London Underground, London Overground and Elizabeth line services can also be used as an alternative. When planning alternatives, customers are advised that the RMT’s Network Rail strike action will affect parts of these services from Tuesday 13 December to Wednesday 14 December, and from Friday 16 December to Saturday 17 December. Some of this strike action will coincide with days when Metroline and Abellio staff plans to strike.

Go-Ahead invests in transport skills with target of hiring 1,020...

Road traffic officers and control room staff are set to...

Londoners may face higher council tax bills as the government...