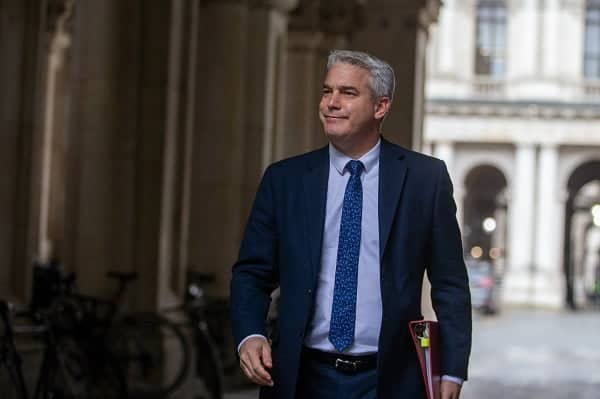 Cases of Streptococcus A, commonly known as Strep A, are multiplying across the UK. Sixteen children have died so far from complications linked to the bacterial infection. However, a leading testing expert has warned it’s vital the Government doesn’t make knee-jerk reactions that could make a bad situation worse.

‘This early start to the Strep A season is thought likely to be a side-effect of the easing of Covid-19 restrictions. More people mixing means more infections being transmitted. These tragic deaths show how dangerous Strep A can be. It can cause scarlet fever outbreaks and, in relatively rare cases, potentially lethal invasive group-A streptococcal infection (iGAS). There have been 2.3 cases of iGAS per 100,000 children aged 1 to 4, compared to an average of 0.5 before the Covid pandemic. However, it’s important to keep in mind that, in most cases, Strep A is mild, often causing little more than a sore throat. In fact, lots of people have it without even knowing and come to no harm.

‘Last week, Health Minister Lord Markham stated in the House of Lords, “We have given instructions to doctors that, where necessary, they should be proactively prescribing penicillin as the best line of defence on this, and also where there is a spread in primary schools, which we know is the primary vector for this, whether they should be working with local health protection teams, and sometimes actually look at the use of antibiotics on a prophylactic basis.”

‘However laudable the Minister’s intentions, using antibiotics such as penicillin as a prophylactic – that is, as a precautionary measure rather than to treat a diagnosed case – is mistaken.

‘It’s effectively a nuclear option, a decision of final resort. Taking antibiotics too often can change bacteria so much that the antibiotics stop working against them. This is called bacterial resistance or antibiotic resistance. Some bacteria are now resistant to even the most powerful antibiotics available. The US Center for Disease Control and Prevention (CDC) calls this “one of the world’s most pressing public health problems”. Others have stated that this is now such a global problem that it could be described as a “silent pandemic”.

‘The use of blanket antibiotic treatments across a whole school could be a significant misstep. Those children who do not fully complete a course of antibiotics could help this bacteria grow stronger.

‘Already, research indicates some patents have developed resistance to certain antibiotics, such as azithromycin and clarithromycin, that are used to treat Strep A. This is a particular concern for those people who are allergic to penicillin and can only take alternative antibiotics.

‘Increased testing and close observation of children in affected schools and communities, both by health professionals and parents, will be more effective and less liable to exacerbate Strep A’s spread.

Early signs may include:

Strep A cases can lead to scarlet fever. Look out for:

In rare cases, the bacteria can cause invasive group-A streptococcal infection (iGAS). Early warning signs include:

‘Close observation of anyone who has been in contact with Strep A cases, together with comprehensive testing, are the most effective, least-risk options to fight its spread.

‘With widespread Strep A testing not yet easily available, a general health test might be a useful course of action for anyone concerned, to ensure they are in good health to help fight infections. London Medical Laboratory’s Health Profile Test provides people with a comprehensive check-up of their general health, including vitamin D levels, diabetes (HbA1c), liver & kidney function, full blood count, bone health, iron levels and a full cholesterol profile.

‘It can be taken at home through the post, or at one of the many drop-in clinics that offer this test across London and nationwide in over 85 selected pharmacies and health stores.