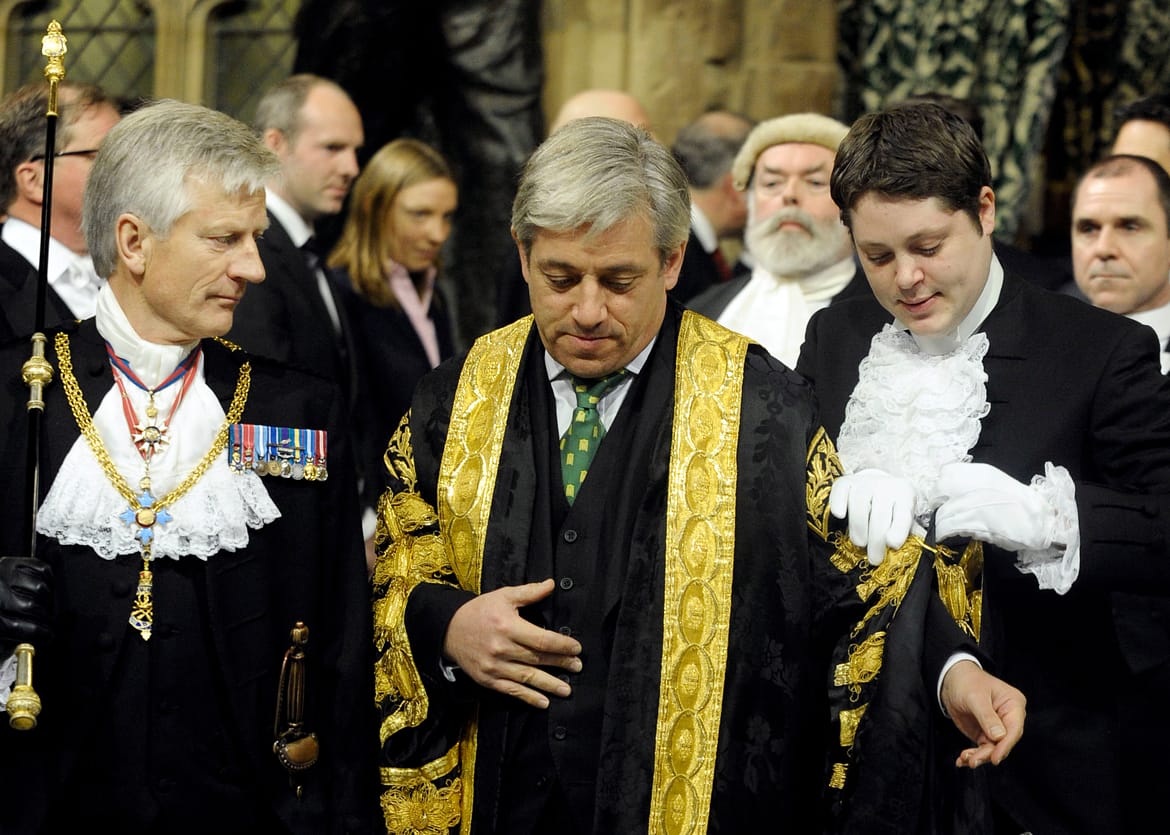 Speaker John Bercow “impartial” despite revealing his vote to Remain

What will happen next for Bercow?

Commons Speaker John Bercow insists his impartiality hasn’t been affected after he revealed he voted to Remain in the EU referendum.

The Sunday Telegraph reported that Bercow had spoken of his vote to students at Reading University.

A spokeswoman for the Speaker, who is expected to be politically impartial said that Bercow’s vote to Remain did not affect his ability to deal with MPs debates fairly.

Bercow is facing calls to be replaced after he spoke about his opposition against President Donald Trump addressing Parliament on his UK state visit.

During a talk to Reading students, on the 3 July, Bercow said: “Personally, I voted to remain. I thought it was better to stay in the European Union than not.”

He also said this was “partly for economic reasons – being part of a big trade bloc – and partly because I think we’re in a world of power blocs.”

“I think for all the weaknesses and deficiencies of the European Union, it’s better to be part of that big power bloc in the world than thinking you can act as effectively on your own.”

Bercow spoke of immigration being a good thing and said Labour had not done enough to strike a “very clear, resonant Remain note”.

Bercow’s spokeswoman said: “The record shows that he has rigorously facilitated the raising of concerns of those on both sides of this argument, as he does on every other issue,”

“The Speaker’s impartiality is required on matters of debate before the House, and he has been scrupulous in ensuring that both sides of the argument are always heard.”