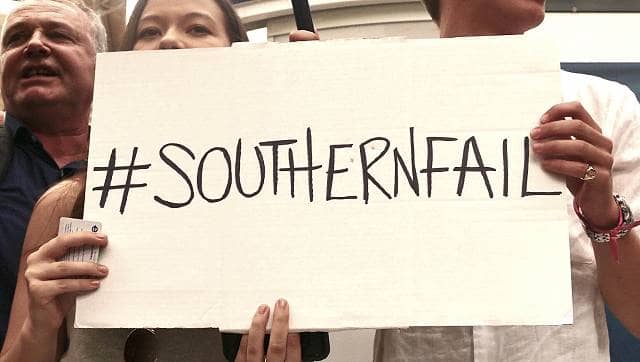 London commuters are set for travel chaos as the first day of a week-long strike action by rail conductors begins.

As part of the protest, Southern trains will be delayed and cancelled affecting thousands of commuters coming into the capital.

The walkout is part of a dispute between the rail operator and the RMT union.

The strike, which began at midnight, could not be averted as talks between the transport union and authorities broke down.

RMT general secretary Mick Cash said: “This action has been forced on us by the arrogance and inaction of Govia Thameslink and the Government who have made it clear that they have no interest in resolving this dispute or in tackling the daily chaos on Southern.

“Our fight is with the company and the Government who have dragged this franchise into total meltdown. We share the anger and frustration of passengers and we cannot sit back while jobs and safety are compromised on these dangerously overcrowded trains.”

Southern’s Passenger Service Director Angie Doll said: “We have gone the extra mile with our compromise offer, but the RMT has made it clear they are not prepared to negotiate. They did not want to discuss the role of the on-board supervisor and remain rigidly opposed to evolving the role of on-board staff to focus more on customers.

“We are deeply disappointed and angry on behalf of our passengers at this stance, which will cause misery for our passengers and untold damage to the local economy in the southeast.”

Paul Plummer, chief executive of the Rail Delivery Group, representing train operators and Network Rail, said: “The strike action is going to cause misery for thousands of passengers. Southern’s offer to its staff last week shows there are no risks to jobs or pay.

“Drivers have been closing train doors elsewhere on the railway for the last three decades so we know that it is a safe way of working.”