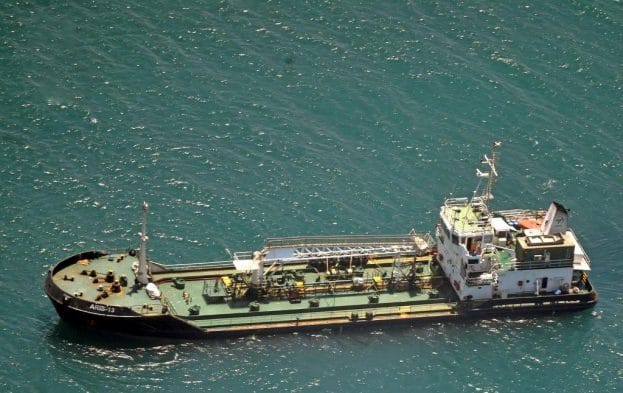 Somali pirates have hijacked an oil tanker of the Somali coast near to Puntland. This is the first hijacking in five years. During the attack, the ship’s master issued a mayday alert saying two pirate skiffs were in the vicinity of the tanker. The oil tanker was thought to have been travelling to Mogadishu from Dijbouti when it was hijacked Monday.

Gun shots could be heard from the coast of Puntland as according to reports, pirates and Somali maritime forces on board the tanker have engaged in a gun fight. A Somali pirate called Abdulaahi has said a member of the Somali marine force has been killed.

A Somali marine force official said: “We tried to intercept a boat that was carrying supplies to the pirates, but pirates on the ship fired on us and so the pirate boat escaped.”

EU Naval Force maritime patrol aircraft is thought to be overlooking the hijacking and has tried to make contact with the ship’s master.

Contact via a telephone call has since been made with the ship’s master from the EU Naval Force operation in London. The ship’s master had confirmed that the armed pirates are demanding a ransom for the release of the ship.