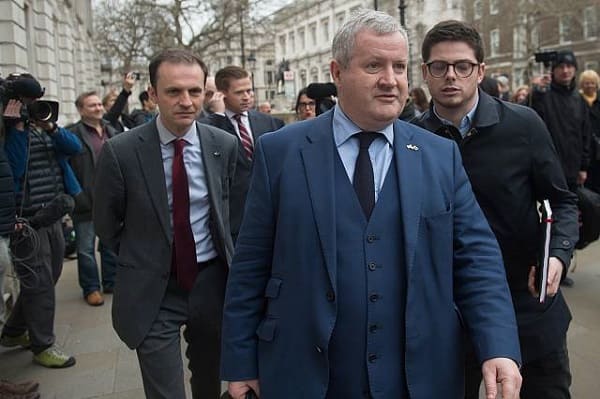 SNP planning to take Scotland out of UK

Ian Blackford, Westminster’s SNP leader has revealed they plotting to hold a vote to remove Scotland from the Union, he said its only a matter of time before the British prime minister gives in to their demands.

Blackford told The National, “Boris Johnson can’t and will not be able to continue to say no. He knows it, we know it.

“That is why the first minister [Nicola Sturgeon] has signalled our intention to establish a constitutional convention.

“We will provide the necessary leadership. We will allow momentum to develop.

“Let us stand together, deepen and broaden our support.”

He warned, if this was not possible, SNP will opt for Plan B in 2021 Holyrood election.

Adding, “If we cannot achieve it this year, and all our efforts are going to be on making sure that is the case, but if we don’t do it, then this is the backdrop to the 2021 election.”

The Westminster SNP leader insisted there was “recognition that an independent Scotland in Europe becomes a destination.”

He said, “I am having conversation after conversation with those who have moved from No to Yes. There is a recognition that an independent Scotland in Europe becomes a destination.

“We can rescue Scotland from the isolation that the Tories in Westminster want to consign us to.

“Momentum is with us. Let us not forget the Tories lost more than half their seats in Scotland at the Westminster election on their campaign message of say no to indyref2.”

Boris Johnson has previously told Nicola Sturgeon the 2014 vote must be respected and is refusing to allow a second Scottish referendum.