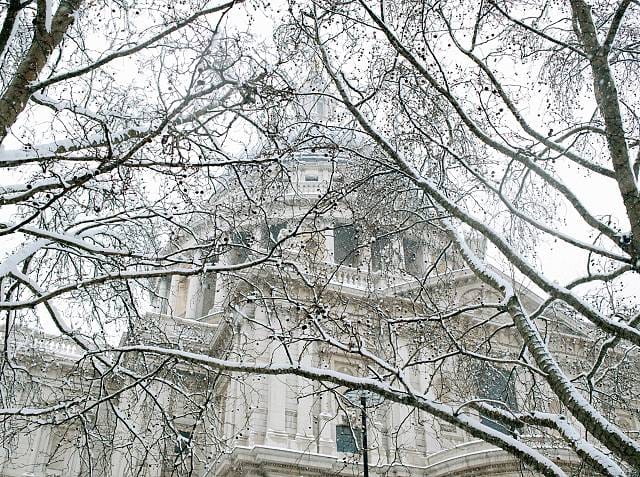 According to the Met Office snow could hit London and south England later this week due a band of low pressure moving from the Atlantic.

Met Office meteorologist Aidan McGivern said snow is forecast for Scotland and Northern Ireland, “and by this stage the air cold enough that we could even see some snow coming down to lower levels, even as far south as the South West.”

On Thursday the Met Office can see “a mild bump in the air across the Atlantic.”

McGivern said, “How this interacts with the jet stream come Thursday is currently very uncertain,” he said.

“The European computer model sends that low into France. But, the Met Office computer model and the American model have it further north and more developed across southern parts of the country.

“At the moment we think it is most likely to run across southern counties of the UK, and bump into the cold air further north.

“And that means that as we start off Thursday, we think it’s most likely that southern counties of England and South Wales will see a spell of rain.

“It does clear away after lunchtime, and then brighter skies follow, but we will continue to see further wintry showers across northern England, Scotland and Northern Ireland, and further snowfall especially over the hills.”