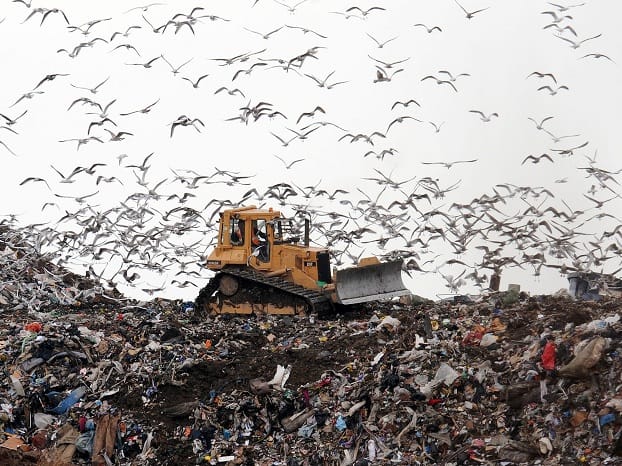 Shocking! £650m of valuable materials end up as landfill each year

A staggering £650m worth of valuable materials are literally thrown away each year in the UK, ending up in landfill or being burned.

The reckless throwing away of expensive and increasingly scarce products, such as steel, “rare earth” metals and rubber, threatens the UK manufacturing sector as well as the environment, according to research from a group of environmentalists and business organisations.

The group, which includes EEF and Friends of the Earth, is now pushing for the government to develop better policies around recycling, including a ban on reusable materials ending up as landfill.

The environmental concern here is obvious, but many people won’t be aware of the serious threat this reckless rubbishing poses to our manufacturers. The deepening shortage of raw materials available to manufacturers threatens to cripple the sector – 80% of senior manufacturing execs think access to raw materials is a threat to growth and a business risk, according to research by manufacturing trade association EEF. A third of companies surveyed said it was the top risk to their business.

“We live in an age where demand for resources is surging with prices increasing and concerns about shortages mounting,” said Gareth Stace, EEF’s head of climate and environment policy.

“Government must now step up its ambitions and produce a wider plan of action that deals with the challenges not just now but in the longer term. This is vital not just from an environmental perspective but to ensure the long term sustainable future for manufacturing and the wider economy.”

Friends of the Earth resource campaigner Julian Kirby said ministers must take action to “prevent a growing resource risk becoming a catastrophe for our economy and the environment. […] David Cameron must address the incoherent approach to resource security his Government has taken so far.”

Kirby is calling for a “new office of resource management” to preserve natural resources. A spokeswoman for the Department for Environment, Food and Rural Affairs said: “The resource security action plan we published this year sets our plans – including a new circular economy task force led by the Green Alliance to encourage better ways of keeping materials in supply chains, a competition to come up with new methods of re-using or recycling precious materials, and further work by Wrap (Waste and Resource Action Programme) to better understand the flow of critical materials in the economy.”

Who are London’s Top 20 Mid-sized Manufacturers?