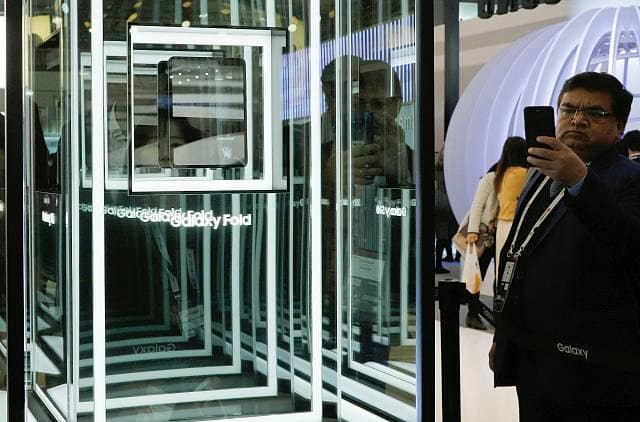 The Korean technology giant, Samsung has announced they are delaying the launch of their first foldable smartphone.

Last week several tech journalists who were reviewing the phone reported that the folding screen had stopped working.

Dieter Bohn who was reviewing the new smartphone wrote in the Verge last week, “Whatever happened, it certainly wasn’t because I have treated this phone badly.

“I’ve done normal phone stuff, like opening and closing the hinge and putting it in my pocket.

“We did stick a tiny piece of moulding clay on the back of the phone yesterday to prop it up for a video shoot, which is something we do in every phone video shoot.”

In a statement, the tech giant said they will announce a new release date for the Fold in the “coming weeks.”

A spokeswoman for the company said, “We recently unveiled a completely new mobile category: a smartphone using multiple new technologies and materials to create a display that is flexible enough to fold. We are encouraged by the excitement around the Galaxy Fold.

“While many reviewers shared with us the vast potential they see, some also showed us how the device needs further improvements that could ensure the best possible user experience.

“To fully evaluate this feedback and run further internal tests, we have decided to delay the release of the Galaxy Fold. We plan to announce the release date in the coming weeks.

“Initial findings from the inspection of reported issues on the display showed that they could be associated with impact on the top and bottom exposed areas of the hinge. There was also an instance where substances found inside the device affected the display performance.”

The phone company said they will provide more care guidance included in the packaging to a bid to help users prevent further issues.

Samsung added, “We will take measures to strengthen the display protection. We will also enhance the guidance on care and use of the display including the protective layer so that our customers get the most out of their Galaxy Fold.

“We value the trust our customers place in us and they are always our top priority. Samsung is committed to working closely with customers and partners to move the industry forward. We want to thank them for their patience and understanding.”