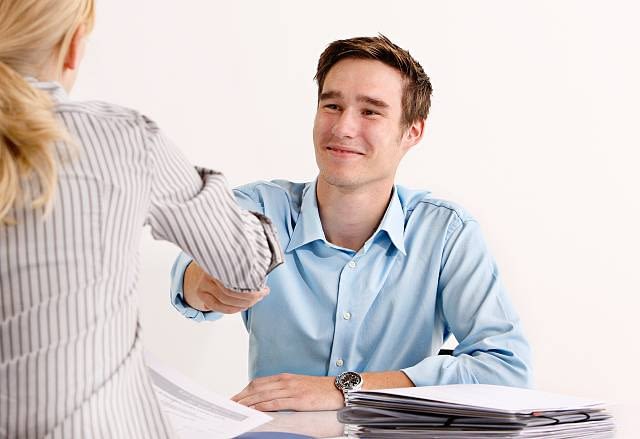 Salary and location are top considerations when apply for jobs

A new survey from Glassdoor, one of the world’s largest job and recruiting sites, reveals that the key pieces of information that UK workers and job seekers hone in on when it comes to researching job ads, are salaries (62%) and location (61%). Nearly one in two (49%) UK workers/job seekers say that commute time is one of their top considerations, while 48% say benefits and 32% say employee reviews. While these are the top findings in this Glassdoor survey, the survey also explores where people are looking for jobs and what matters most to workers/job seekers when deciding where to work.

“Job seekers crave transparency on pay, not only to make an initial judgement about whether to consider applying for a job, but also to assess if an employer holds long term potential for them,” said Julie Coucoules, Glassdoor’s Global Head of Talent Acquisition. “Quality candidates are typically well-researched and those that go beyond job ads and look for a richer set of background data that includes benefits and employee reviews, among other specific traits about an employer. This means that employers should make information available to job candidates proactively, or they risk missing out on quality candidates applying.”

When it comes to what workers/job seekers look for when assessing long-term potential as an employer, more than two in five (41%) report company transparency on pay and benefits. This was followed by more than one third (34%) of workers/job seekers who report that employers explaining how employees can grow with the company after joining represents good career potential. Thirty-three percent of those surveyed said a company having a track record for promoting from within is what they look for.

However, what matters most to employees when deciding where to potentially work is in contrast to what keeps employees satisfied once in the job. A separate study, by Glassdoor’s Chief Economist, shows that money does not have a huge effect on employee satisfaction. Once in a job, culture and values have the biggest impact on satisfaction, and this is likely a combination of factors that contribute to overall well-being such as company morale, employee recognition, and transparency within the organisation.

Where do job seekers look for jobs?

Roughly half of employees (52%) said that their preferred source for finding a relevant new job opportunity is an online job site, such as Glassdoor, compared to 35% via a company’s careers site and 32% prefering to hear about a job from a friend. Slightly less (31%) say they’d like to have a recruiter or hiring manager proactively reach out to them and only one in four (24%) want to find a job through a recruitment agency. This suggests that more job seekers want to be in the driver’s seat when it comes to their job search process.

“Job seekers are taking control of their own destiny by harnessing the power of information to find the right job and employer for them. Today, job seekers are more informed than ever. For employers, by helping prospective talent find and access the information they want, you’ll be helping your recruiting efforts by attracting quality and informed candidates who often translate to top performing employees who stay longer too,” said Coucoules.

In addition to job sites being the top source to find a job, workers/job seekers also report that job sites are the leading source to research employers too, not company career pages. When it comes to researching information about a potential employer, just under half of workers/job seekers (48%) say job search websites are where they would look for information on a company they might like to work for, followed by word of mouth (41%), professional networking sites/ social media (31%), personal networking (29%) and company careers pages (28%).

How men and women differ?

Just as it’s important for those in HR and recruitment to understand what information is important to job seekers and how job seekers are making decisions about a company, they must also consider how audiences may differ in how they research jobs and what is important to them. For instance, 53% of women surveyed indicated that a company reputation for offering a good work-life balance would make them more likely to apply to a job, while only 42% of men would be enticed by this perk.

In addition, this survey data shows that among workers/job seekers, women (38%) and more likely than men (27%) to say they would look for employee reviews as a key piece of information when researching a company they might like to work for. For added perspective, of Glassdoor’s nearly 57 million unique users each month3, half (51%) are women and half (49%) are men.

Men and women also demonstrate differences when it comes to their preferred source for finding a new job opportunity. In fact, 59% of women responded that they would prefer to find a job via an online job site, compared to 47% of men. Similarly, 35% of women would like to find out about a job opportunity through a friend, compared to only 29% of men.