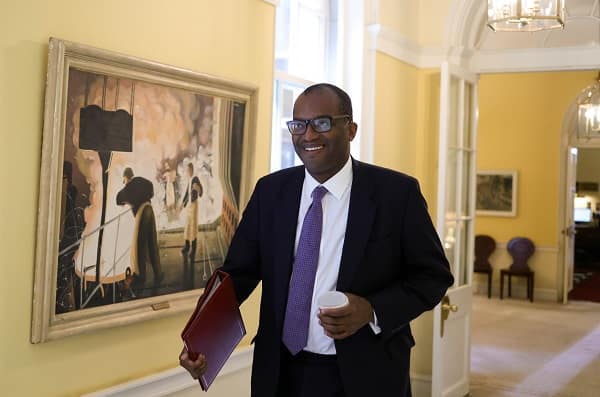 Ryanair chief executive Michael O’Leary has warned the British government’s tax plans could potentially “bankrupt the UK economy in the next two years.”

He descibed the Chancellor Kwasi Kwarteng’s tax plan as complete “nuts” which has sent the pound spiralling to it’s lowest in more than 50-years since he announced his mini budget last Friday.

“You can’t have an energy guarantee that runs for two years. It’s completely uncosted.

“I think they could bankrupt the UK economy in the next two years.

The Irish deputy premier Leo Varadkar said, “We are obviously paying attention to what happens next door. It is our nearest neighbour and one of biggest trading partners.

“Just as the case with the United States or the Eurozone, if one of our trading partners goes into recession that has an impact on us.

“So we are looking closely at the situation in other countries, but I am not unduly concerned at this stage.”

O’Leary added, “I wouldn’t personally agree with some of the spending.

“As a father of four children I don’t need an additional children’s allowance.

“But I think the Government has pitched it sensibly.”