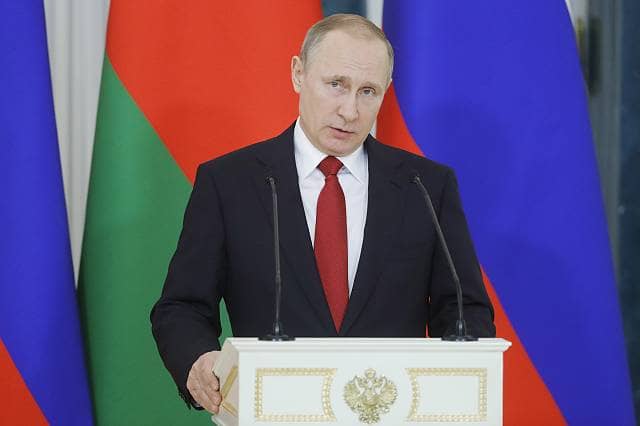 Russia claims US is planning missile strikes on Damascus

Russian President Vladimir Putin has said the Moscow has intelligence that last Tuesday’s chemical weapons attack was planned and is fake and wrong to blame Assad regime.

From the outset, Russia has continually rejected all suggestions that Assad’s regime was behind the gas attack on civilians in Idlib last Tuesday killing more than 80 people.

Putin appealed to the UN to have an official investigation into the attacks.  Putin compared the Iraq intervention in 2003 is the same allegations being made against Assad with last week’s attack. He also said that the WMD programme never found any evidence and was never proven.

The US secretary of state, Rex Tillerson has just landed in Moscow for critical talks on “a solution which will deliver a lasting political settlement,” for Syria.

Tuesday the Italian foreign minister Angelino Alfano spoke of Syria and said Russia must not be “pushed into a corner.”

Tillerson took a stronger tone than Alfano giving Putin the choice to choose between nations such as Iran and the militant group Hezbollah or align with the US.

He went on to say another chemical weapons attack will not be allowed, saying “It is clear to us the reign of the Assad family is coming to an end.”

Although, it is stil unclear as to how the group of seven nations expect Assad’s departure to happen.

What is clear though is that Russia now controls the Naval base in Syria providing Russia with a Naval base in the Mediterranean which therefore helps them have the upper hand militarily and therefore a significant major player alongside Iran and Hezbollah.