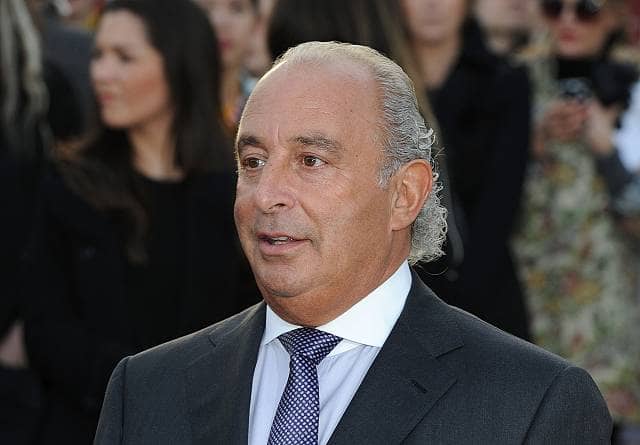 In a 60-page inquiry report, the billionaire and his family have been accused of “hurriedly” selling BHS to “an unsuitable buyer”.

Here are 10 key things people said about Sir Philip Green and his handling of BHS:

Green does not know what decent behaviour is

“[Green’s] reputation as the king of retail lies in the ruins of BHS. His family took out of BHS and Arcadia a fortune beyond the dreams of avarice and he’s still to make good his boast of ‘fixing’ the pension fund.

What kind of man is it who can count his fortune in billions but does not know what decent behaviour is?”

Iain Wright, chair of the BIS committee which co-produced the report:

“Just a few weeks on from his rude, unprofessional and bad-tempered appearance at our inquiry, Sir Philip has been pictured on board his multi-million pound superyacht.

“Back in Britain, the demise of BHS has left a trail of destruction of job losses, squeezed pensions and uncertain futures for companies reliant on the once great retailer’s supply chain.

“Sir Philip spent years at the helm of BHS slashing costs and selling assets, while sending handsome dividends offshore and failing to invest sufficiently in the company.

“He was then able to dump like rubbish the business – and with it his responsibilities to workers and pensioners – to the twice-bankrupt chancer Dominic Chappell who had no experience of retail.”

“This was a group of companies that were run by somebody who behaves like Napoleon, who has a collection of people around him who do what he wants. There is no corporate governance, as there would be in a public company.”

Green is worse than Robert Maxwell

“Maxwell, I’ve always thought, meant to pay the money back. He was just going all over the place, borrowing money to keep his companies going. When the music stopped, he had no money.

“Now, the music has stopped [at BHS], and there’s someone there who’s managed to catapult themselves towards the top of the Sunday Times Rich List.

“This person has huge amounts of money, unlike RM.

“If he wishes now to make good that pension deficit to those 22,000 pensioners, he could do it. But he keeps talking about it, but not doing it.”

We need to reform capitalism

“This case shows why the Government is determined to tackle corporate irresponsibility and reform capitalism so it works for everyone – not just the privileged few.

“Today’s report is very concerning, and the Insolvency Service is now carrying out an accelerated investigation. Job centres are also standing by to provide support and advice to those who were affected. But in the long run we need to do more to prevent this kind of irresponsible and reckless behaviour.”