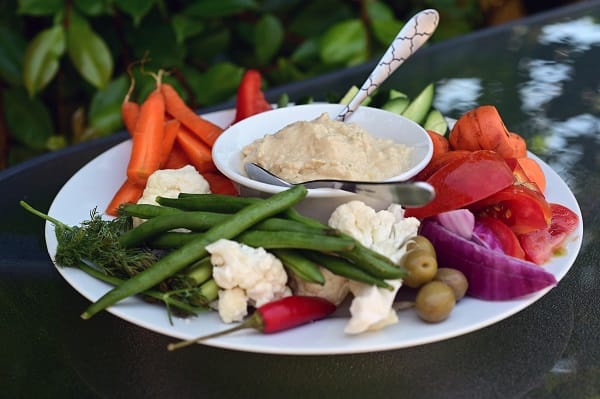 Rising food costs must not be an excuse to scrap anti-obesity plans, urges testing expert

Amid soaring food prices, fears are growing that the Government is likely to completely abandon its planned ban on “buy one get one free” multi-buy deals and TV adverts for junk food before 9pm. A testing expert says if the Government reneges on its promises, pharmacies must take on the front-line fight against obesity.

There is rising speculation that soaring food prices, which are driving up inflation, could mean the Government will scrap its anti-obesity plans. These included banning “buy one get one free” multi-buy deals and introducing additional restrictions on advertising food high in fats and sugars.

A leading testing expert fears there may even be a reversal of measures already in place, such as the ban on sweets at checkouts and even the so-called ‘sugar tax’. He says that if the Government does row back on its key anti-obesity commitments, it will be up to community pharmacies to continue their weight loss schemes. Equally importantly, people will need to consider taking their own health tests for issues such as diabetes, heart health and high cholesterol levels.

Dr Quinton Fivelman PhD, Chief Scientific Officer at London Medical Laboratory said, ‘No one is denying that rising food prices are scary. Of course, there’s a temptation for people to take advantage of multipack and “3 for 2” deals on popular food and drinks, even those high in sugars and fats.

‘But people taking advantage of these cheap offers are creating health problems for themselves in the longer term. Multipack food deals are bad for both the public’s health and the Government’s own financial health. Almost two-thirds of Brits are overweight or obese and we have close to 1 million people with undiagnosed diabetes. Obesity costs the NHS an estimated £6.1bn a year to treat – and that figure doesn’t include the full cost of diabetes treatments. Obesity is a major cause of diabetes, cancer, heart conditions, painful joints and other health problems.

‘The Government’s excellent original plan: “Tackling obesity: empowering adults and children to live healthier lives” proposed a number of measures, such as a ban on TV and online adverts for foods high in fat, salt and sugar before 9pm; banning displays of unhealthy snacks at checkouts; and limiting buy one get one free offers on these products. It also promised to expand weight management services available from community pharmacies, including the NHS Diabetes Prevention Programme, so that more people would be able to get the support they need to lose weight.

‘However, this April the Government announced it was temporarily shelving some of its plans. Rules banning multibuy deals and restrictions on free refills for soft drinks would be delayed for a year. It said the reason for this pause was that economies across the world have been affected by higher-than-expected global energy and goods prices, and that the delay would allow the Government to review and monitor the impact of the restrictions on the cost of living.

‘Now, there’s significant concern that the Government will cancel these plans entirely. Indeed, there is even speculation that an ongoing Government review may ditch the need for calorie counts to be displayed on menus in pubs and cafes and also cancel 2018’s sugar tax. It’s believed these reversals are not only based on keeping food prices down, but also Health Secretary Thérèse Coffey’s concerns that some anti-obesity measures have been too interventionist and “nanny state”.

‘If central Government does reverse some, or all, of its anti-obesity measures, this will leave pharmacy services as the front line in the war against widening waistlines. Since January, for example, access to NHS weight-loss classes has been available through pharmacies. Previously, a GP consultation was needed to gain access to the free, online weight-loss scheme.

‘Community pharmacists are now able to refer adults with a high BMI to a twelve-week, online, NHS weight management programme. This is a vital role. Diabetes costs the NHS over £1.5m an hour and the total cost of treating diabetes and its complications is £14 billion a year – 10% of the NHS budget. Type 2 diabetes alone currently costs the NHS £10 billion a year and accounts for one in 20 GP prescriptions.

‘Programmes such as this must not become a victim of the wave of spending cuts likely to be announced in Chancellors Hunt’s 31 October financial statement. When asked at the weekend if health would be included in the quest for “efficiency savings”, the new Chancellor stressed that “all” departments would be asked to find money.

‘If the Government does row back on its anti-obesity plans to save money it must ensure it retains its backing for weight management programmes and other community pharmacy schemes.

‘Many leading pharmacies are also helping the fight against the impact of obesity by offering targeted blood tests. These can focus on specific problems such as diabetes, cholesterol and heart health or cover a wider range of issues that might be associated with obesity.

‘For example, London Medical Laboratory’s General or Premier Health profile test is a comprehensive health check including gout, diabetes (HbA1c), liver & kidney function, full blood count, bone health, iron levels and a full cholesterol profile. It can be taken at one of over 70 drop-in clinics, selected pharmacies and health stores that offer this test across London and nationwide or, for convenience, at home through the post.’