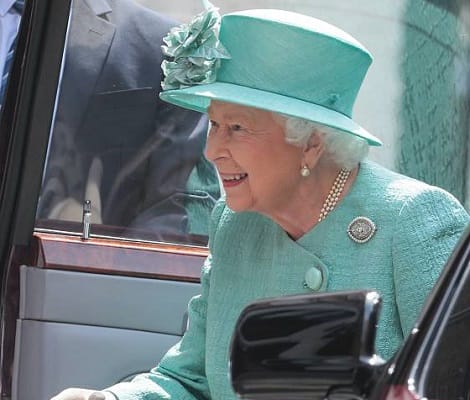 Queen cancels travel on advice from doctors over coronavirus fears

Her Majesty Queen Elizabeth II has cancelled her scheduled trip to Cheshire and Camden on the advice of her doctors.

Prince Charles and Camilla also announced they are cancelling their royal tour of Bosnia and Herzegovina, Cyprus and Jordan on the advice of the government.

A Buckingham Palace statement said: “As a sensible precaution and for practical reasons in the current circumstances, changes are being made to the Queen’s dairy commitments in the coming weeks.

“In consultation with the Medical Household and Government, Her Majesty’s forthcoming visits to Cheshire and Camden will be rescheduled.

“Audiences will continue as usual. Other events will be reviewed on an ongoing basis in line with the appropriate advice.”

In the UK the number of confirmed cases in one day has soared by 208 to a total of 798 positive cases, 10 people have died.

The former health secretary Jeremy Hunt has questioned Boris Johnson’s strategy in tackling the coronavirus and said it is “concerning.”

Hunt who is the chair of the House of Commons Health select committee questioned the decision not to cancel mass gatherings after Johnson said on Thursday that many more families would “lose loved ones before their time.”

The UK government’s chief scientific officer, Sir Patrick Vallance said at a press conference in Downing Street on Thursday, “it is most likely five to ten thousand people are already infected in the UK with coronavirus.”