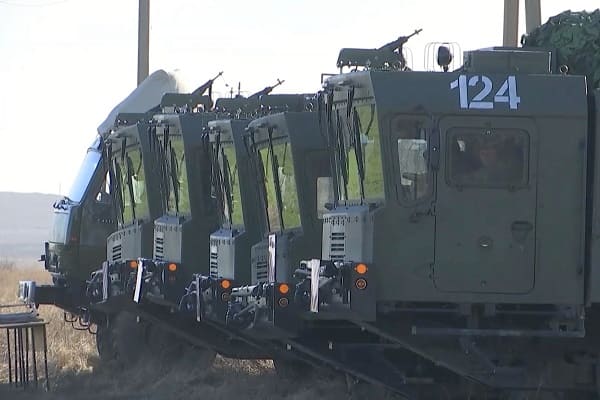 Vladimir Putin is reportedly “furious” with his military commanders as they have failed to capture Ukraine as he thought “everything would be done in 1-4 days.”

Rhio Terras is currently an Estonian MEP and served as the Commander of Estonian Forces from 2011-18 has released intelligence of Putin’s meeting with his cronies.

The Estonian MEP wrote, “Intel from a Ukrainian officer about a meeting in Putin’s lair in Urals.”Oligarchs convened there so no one would flee.

“Putin is furious, he thought that the whole war would be easy and everything would be done in 1-4 days.”

Terras added, “Russians didn’t have a tactical plan. The war costs about $20 bln/day.

“There are rockets for 3-4 days at most, they use them sparingly.

“They lack weapons, the Tula and 2 Rotenberg plants can’t physically fulfil the orders for weapons. Rifles and ammo are the most they can do.”

The Estonian MEP said Russian troops have no weapons and have run out of resources, which would take months to produce more weapons.

He said, “The next Russian weapons can be produced in 3-4 months – if even that.

“They have no raw materials.

“What was previously supplied mainly from Slovenia, Finland and Germany is now cut off.”

Terras added, “If Ukraine manages to hold the Russians off for 10 days, then the Russians will have to enter negotiations.

“Because they have no money, weapons, or resources.”

He continued, “The Ukrainians must avoid panic!

“The missile strikes are for intimidation, the Russians fire them at random to ‘accidentally’ hit residential buildings to make the attack look larger than it really is.

“Ukraine must stay strong and we must provide assistance!”

The UK’s biggest kebab manufacturer has netted more than £370,000 in government tax breaks …

‘This is a victory for Unite’ as Barclays...