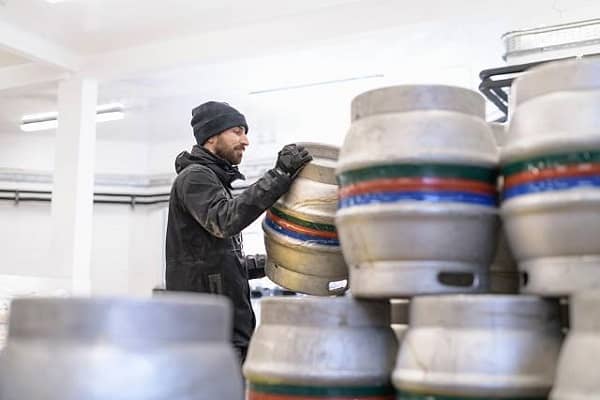 New research suggests that pubs could be forced to throw away 70m pints of beer since bars were forced to close on 20 March.

The government’s recently published road map says that pubs will not reopen until 4 July, at the earliest, which means beer left in cellars will be spoiled.

The British Beer & Pub Association said it is heart-breaking to see so much beer being destroyed, which could amount to £350m based on the retail cost of £5 pint of beer, which varies across the UK.

The BBPA member crisis impact survey revealed that “90% of the beer and pub industry staff have been furloughed.”

75% of pub companies and breweries are still “awaiting a decision” on whether they will receive the government backed loan, and “40% of grants have been received.”

Just “11% of tenants and lessees have been successful with the governments Coronavirus Business Interruption Loan Scheme (CBILS),” whilst “56% of business interruption claims have been rejected” and “67% of pandemic claims were rejected.”

Emma McClarkin, chief executive of the British Beer & Pub Association (BBPA)said, “It’s a great shame that so much great British beer that should have been enjoyed in community pubs up and down the country has gone to waste.

“People won’t have a chance to drink it as it will go off before pubs can reopen.

“Whilst it is good news that some of the beer can be re-used to help out other sectors affected by Covid-19, such as farming, it is still sad that people are unable to enjoy this beer.

“The need to destroy so much beer really shows how much our brewing and pub sectors have been affected by this crisis.

“We believe that pubs should only open when safe to do so, but without additional support now, particularly for those who won’t be able to reopen sooner, many more of our nation’s pubs and the brewers that supply them with beer will struggle to survive closure and beyond.

“The government needs to give our sector much more support.”