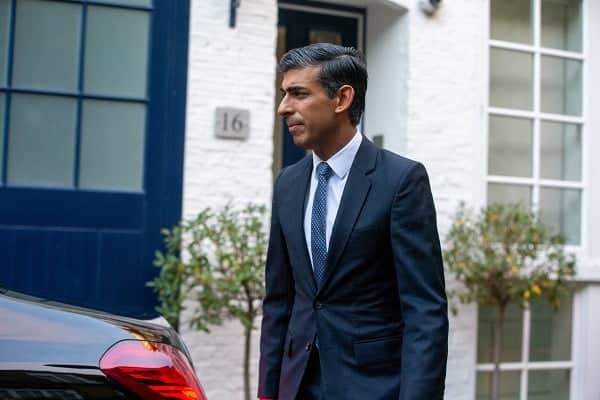 The Prime Minister has given his first major speech of the year pledging to sort out inflation and help to lower NHS waiting times.

Sunak told an audience in Stratford, east London, “I want to make five promises to you today. Five pledges to deliver peace of mind.

“Five foundations, on which to build a better future for our children and grandchildren.

“First, we will halve inflation this year to ease the cost of living and give people financial security.

“Second, we will grow the economy, creating better-paid jobs and opportunity right across the country.

“Third, we will make sure our national debt is falling so that we can secure the future of public services.”

Responding to warnings from top doctors, the Prime Minister said that “NHS waiting lists will fall and people will get the care they need more quickly.”

Sunak has promised further legislation this year to tackle illegal Channel crossings and vowed, “We will pass new laws to stop small boats, making sure that if you come to this country illegally, you are detained and swiftly removed.

“So, five promises. We will: Halve inflation, grow the economy, reduce debt, cut waiting lists, and stop the boats.”