CLICK HERE TO WATCH THE FULL VIDEO
Home Business News Postal voting fraud: Is Trump right to be concerned and could it happen in the UK? 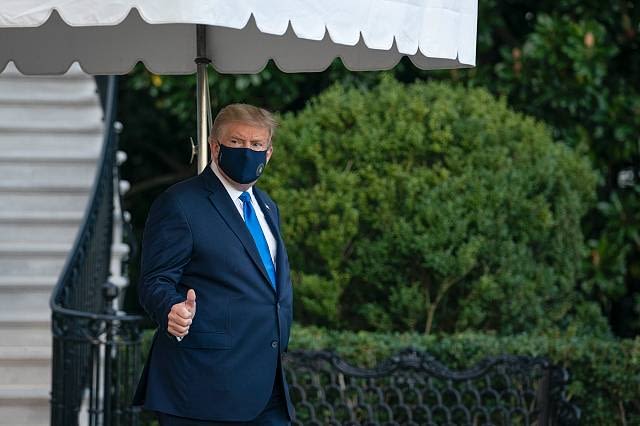 Postal voting fraud: Is Trump right to be concerned and could it happen in the UK?

Polling stations are open across the US today, but over 93 million people have already voted. Many of these votes were cast by post but is President Trump correct when he claims, ‘Mail-in ballots are very dangerous – there’s tremendous fraud involved’?

The US delivery expert ParcelHero has been examining claims of postal voting fraud in the USA and the UK. It has found cases of fraud and irregularities but are they enough to meaningfully change results?

ParcelHero’s Head of Consumer Research, David Jinks MILT, says that, although there is concern about mail-in voting fraud on both sides of the Pond, it is worth questioning how ‘tremendous’ and ‘dangerous’ it is.

‘President Trump has repeatedly claimed postal voting can lead to widespread fraud but how much is based on a genuine concern and how much on the fear that postal voting favours the rival Democrats? As far back as April, Trump tweeted: “Republicans should fight very hard when it comes to state wide mail-in voting. Democrats are clamoring for it. Tremendous potential for voter fraud, and for whatever reason, doesn’t work out well for Republicans.”

‘How right is Trump to be concerned? There certainly have been cases where postal ballots’ legality has been questioned and results overturned. Ironically, the most well-known, recent case was allegedly perpetrated by a supporter of Trump’s own Republican party. Following an investigation into the activities of a Republican party consultant, who allegedly manipulated the election in a Republican candidate’s favour by illegally posting absentee ballots, North Carolina was forced to stage a new election for a congressional seat. The consultant is now awaiting trial.

‘This October, President Trump looked to have found a clear-cut case when he claimed in a rally: “In Virginia, 500,000 applications were made that were false.” It proved true that applications to apply for an absentee ballot form were sent out to wrong addresses. However, Virginian electoral officials investigated and have now found there was no fraudulent intent. They say the mistake has been corrected.

‘In fact, a study by the Brennan Centre for Justice found the actual rate of voter fraud in the US is between 0.00004% and 0.0009%. FBI Director Christopher Wray agrees the agency has “not seen, historically, any kind of coordinated national voter fraud effort in a major election, whether it’s by mail or otherwise.”

‘The lack of overall evidence to support Trump’s claims has led Ellen Weintraub, Commissioner of the Federal Election Commission, to state: “There’s simply no basis for the conspiracy theory that voting by mail causes fraud.”

‘So, although postal voting fraud has happened in the USA there doesn’t appear to be evidence for Trump’s claims of “tremendous fraud”.  Could such a claim be made about UK postal election votes?

‘Since 2001, anyone on the electoral register in Great Britain has been able to choose between voting in person at a polling station or via the post, without providing a reason. In 2014, however, Richard Mawrey QC, who specialises in trying cases of electoral fraud, said postal voting is open to fraud on an “industrial scale” and is “unviable” in its current form.

‘That led to a Government report led by Conservative MP Eric Pickles. ‘Securing the Ballot’ stated that postal voting was “considered by some to be the UK’s main electoral vulnerability and to provide the ‘best’ opportunity for electoral fraud.”

‘However, the report did not find many actual instances and concluded that “postal voting on demand is very likely to be a continuing feature of the electoral system and that the availability of postal voting encourages many legitimate electors to use their vote effectively and engage with the democratic process.”

‘In 2017, the Electoral Commission found 336 cases of alleged electoral fraud in Britain following the General Election. Of these, 22 were alleged postal vote fraud. Ultimately, there was only one actual prosecution and it was an open-and-shut case. A Waltham Forest resident took to Twitter and openly admitted to voting twice – once by post and once in person. Police enquiries confirmed that the person was registered twice at their home address with a minor variation of their name. The Tweeter pleaded guilty in court.

‘A more serious case around postal voting was bought by Nigel Farage in 2019. After Labour defeated his Brexit Party by just 683 votes in a Peterborough by-election, Farage claimed Peterborough was a “rotten borough” and that postal voting was producing the “wrong results”. Cambridgeshire Police subsequently confirmed that it was investigating five allegations of electoral irregularities, three of which were related to postal votes. However, the police eventually concluded no criminal activity had taken place.

‘In fact, since 1998, Electoral Commission records show there have been only nine convictions for postal vote fraud – a rate of less than one every two years. There is, of course, the possibility that fraudulent activity hasn’t been detected. The Electoral Commission admits police data “may not be a complete record of all activity which could involve electoral fraud offences”.

‘Overall, though, our research shows that postal voting fraud in both the US and UK is largely rare and uncoordinated. It certainly doesn’t appear to be a source of “tremendous fraud”. If President Trump relies on questioning the legality of mail-in voting to win the election, he faces a very big challenge.