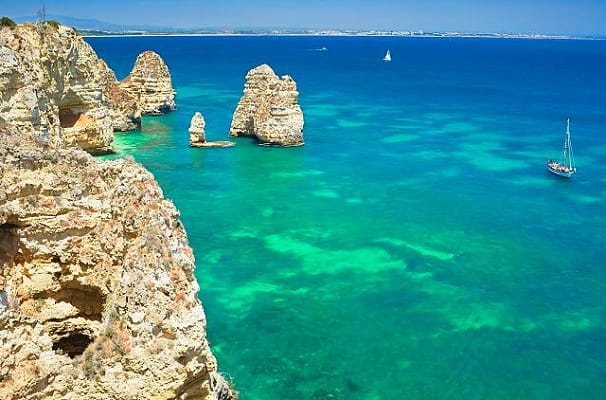 Portugal’s exclusion from UK quarantine list is ‘senseless and unfair’

Portugal’s Foreign Affairs Minister Augusto Santos Silva has called it “absurd” that the UK has excluded his country from the UK’s quarantine list.

Prime Minister Boris Johnson said that the compulsory 14-day quarantine will remain in place where countries do not have coronavirus under control.

However, Portugal has a very low infection rate which is around seven times lower than the UK, and Silva said excluding his country is “senseless and unfair.”

Silva told the BBC Radio 4’s PM programme, “We are very disappointed with the decision of the British authorities. We think it is senseless and unfair.

“It is quite absurd the UK has seven times more cases of Covid-19 than Portugal, so we think this is not the way in which allies and friends are treated.”

Prime Minister António Costa for Portugal said on Twitter to UK holidaymakers, “You are welcome to spend a safe holiday in the Algarve.”

João Fernandes, President of the Algarve Regional Tourism board, said that Portugal have “clearly been penalised” and said the UK government have made a “mistake.”

Fernandes said, “It is a decision that we regret and do not understand in light of the facts. We consider the decision to be deeply unfair and penalises the country in general and the Algarve in particular.”

He added, “We were clearly penalised for speaking the truth. Is it safer to travel to countries that test half, or even a third, or prefer to vacation in a country that is truly committed to preserving public health and tourism?”

“A large number of British tourists come to the Algarve, a region that between July and September registers 68% of overnight stays coming from tourists from the United Kingdom in hotels in Portugal.”

Since the pandemic started, the Algarve have only registered just 1.5% of cases, and have only accumulated 639 cases up to 2 July.

Fernandes said, “This decision is a mistake by the British government, which could have been avoided if it simply listened to the 18,000 British residents who live in the region and who can witness in first person the example set during the pandemic in Portugal.

“In May, Portugal was hailed in the UK as an example in responding to the pandemic. Since then, we have improved the rates of hospital admissions (-50%), deaths (-70%) and active cases (-45%).”

He added, “Portugal is one of the countries that tests the population the most and has the lowest mortality rates”.

“Although quarantine on return is also mandatory until today, we have been witnessing a growing demand from the British market, since in mid-June flights to the United Kingdom resumed.

“For July and August, we have flights available to 20 airports, operated by five airlines, attesting to the confidence of tourists and air operators in the Algarve”.

Fernandes concluded, “All of these arguments have been widely expressed to the British government.

“We will continue to work for the next revision of this measure to be favourable and for British tourists to continue to be very welcome in the Algarve, as they have been for the past 50-years.”