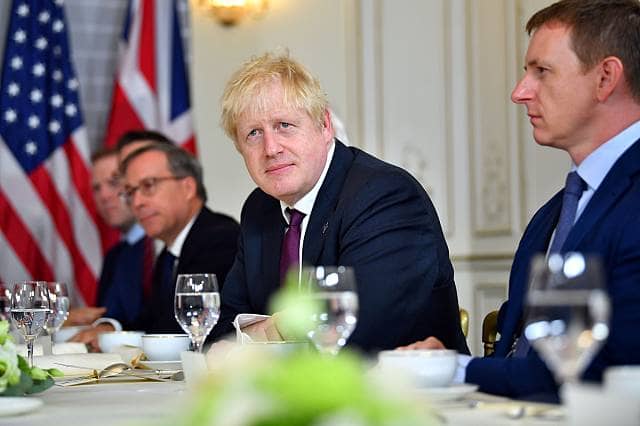 Boris Johnson is to ask the Queen for his government to prorogue parliament, MPs are due to return to parliament on 3 September.

This comes just weeks before the 31 October EU withdrawal and it will pave the way for Johnson’s administration to hold a Queen’s speech on 14 October.

Should Johnson be successful in keeping parliament closed, the prime minister will be able to force through a no-deal Brexit, preventing MPs to block Johnson.

Dominic Grieve the former attorney general a Tory backbencher said this is “an outrageous act” and warned Johnson could get a vote of no confidence and “this government will come down.”

Grieve told BBC Radio 5 Live, “If the prime minister persists with this and doesn’t back off, then I think the chances are that his administration will collapse.

“There is plenty of time to do that if necessary, I will certainly vote to bring down a Conservative government that persists in a course of action which is so unconstitutional.”

Former Labour foreign secretary Dame Margaret Beckett said, “This is a government with no majority of its own in parliament.

“While parliament is not even sitting, he is disgracefully dragging the Queen into the heart of the most difficult and dangerous exploitation of the usual powers of government.”

Jo Swinson the leader of the Liberal Democrats said, “Shutting down Parliament would be an act of cowardice from Boris Johnson.

“He knows the people would not choose a no deal and that elected representatives wouldn’t allow it. He is trying to stifle their voices.”

Senior Labour MP Yvette Cooper said, “Boris Johnson is trying to use the Queen to concentrate power in his own hands, this is a deeply dangerous and irresponsible way to govern.”

Former Labour cabinet minister Ben Bradshaw said, “This would be a coup, plain and simple, against our parliamentary democracy and drag the monarch into an unprecedented constitutional crisis.”

Johnson was further likened to a dictator as Chuk Umunna MP accused the PM of “behaving like a tin-pot dictator” in wanting to close parliament.

However, Conservative Party chairman James Cleverly played it all down and said, “Or to put it another way: Government to hold a Queen’s Speech, just as all new Governments do.”