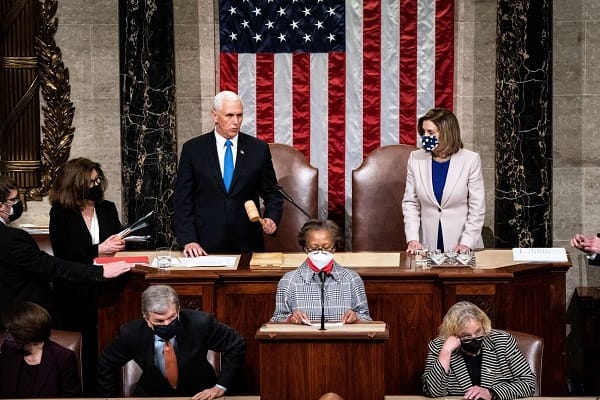 Nancy Pelosi has given Vice President Mike Pence just 24 hours to end Donald Trumps Presidency by invoking the 25th Amendment to forcibly remove him from the White House or Trump will be impeached.

The Democrats want President Donald Trump removed from office for his roles in the deadly Capitol riots which left 5 people dead, including a police officer.

This unprecedented legislative action comes as lawmakers in the US have grave concerns that the “unhinged” President still has access to the nuclear codes and he remains “an imminent threat.”

The Speaker Nancy Pelosi who is a fierce critic of Trump told the House of Democrats on Sunday, “In protecting our Constitution and our Democracy, we will act with urgency, because this President represents an imminent threat to both.”

If Vice President does not invoke the 25th Amendment to have President Trump instantly removed from office then the House will vote to impeach Trump, over a single charge of insurrection.

Many people have been arrested after storming the Capitol and the authorities have opened 25 domestic terrorism investigations.