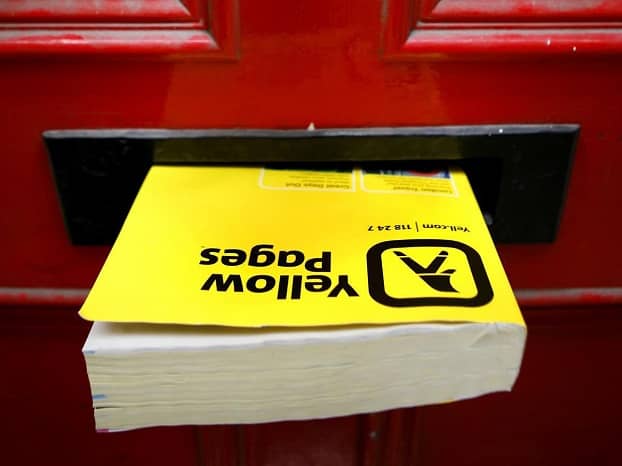 Ouch! Hibu (formerly Yell) says its shares could have “no value”

Yellow Pages-owned Hibu, which you would have known until recent times as Yell Group plc, is having a disastrous time.

The company admitted its upcoming restructuring programme could dilute the value of its shares to “little or no value”. It’s also battling debts of £2.2bn, and made a £1.4bn loss last year.

Yesterday’s early trading saw Hibu shares lose more than a third of their value. Market cap at the end of the day was £10.4m – so quite how it will recoup such proportionately colossal debts remains to be seen.

Hibu said in its announcement: “While no decision has yet been made, certain options may result in a dilution of existing shareholders’ interests including some options which may attribute little or no value to the group’s ordinary shares.”

CEO Mike Pocock rather optimistically added: “We are confident in the group’s four-year strategy to transform Hibu by capitalising on its unique position in the small and medium-sized enterprise community.” Meanwhile it was conceding it would miss its full-year earnings target.

The business is grappling wildly with the rise of online directories, and in many respects failing to keep pace. And that’s no great surprise, when its online directory service for finding businesses is effectively in direct competition with the absolute god of the internet, Google. (Just think about how you search for a tradesman or a restaurant these days compared with the olden times of paper copies of Yellow Pages.)

Hibu’s corporate website, optimistic as ever, states: “In July 2011, we announced a comprehensive programme to transform the Group from being a leading supplier of print and online advertising for Small and Medium-sized Enterprises (SMEs) to being a leader in the emerging local eMarketplace for consumers and SMEs.”

Leader? Really? Hibu will need to pull something pretty epic out the bag to convince us.

Super-wealthy are on “tipping point” of leaving London