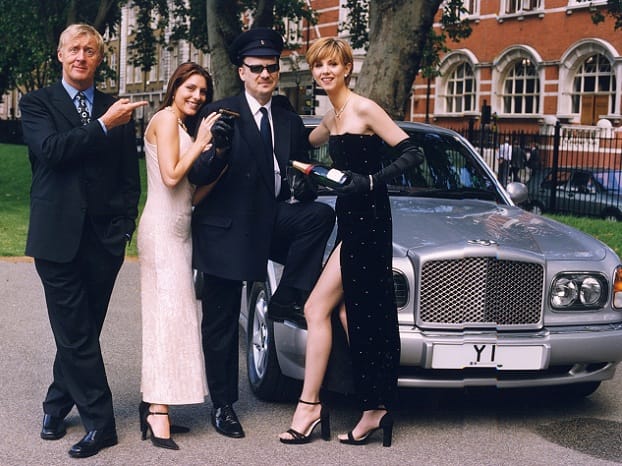 There are 281,000 dollar-millionaires based in London, according to new research – the equivalent of almost one in 30 of the capital’s population (including those who work in London).

London has the sixth highest percentage of millionaires in its population (3.39%) of any city in the world, according to a report from Spear’s and Wealth Insights. (Full ranking below.)

The millionaires are defined as people with net assets of $1m+ excluding their main home.

The new figures throw the wealth gap in London into sharp relief.

More than one in four Londoners (28%) live in a low-income household, according to figures from the Department of Work & Pensions, cited in this report.

That’s significantly higher than the 21% of people living in poverty elsewhere in England.

But globally, the capital is a lure for the world’s super-rich.

London has the third highest total number of millionaires of any city in the world, after only Tokyo (460,000 dollar-millionaires) and New York (389,000 millionaires).

“It’s no surprise that London has so many millionaires – it is a magnet for home-grown and foreign talent in every field and where the wealthy come to enjoy their money,” said Josh Spero, editor of Spear’s.

“But London’s continued success is not guaranteed, and big issues like membership of the EU and how we tax our citizens and businesses will determine whether we have more millionaires or fewer in the future.

“We also always need to bear in mind that having millionaires isn’t itself a good thing if it means inequality – which is damaging to everyone – goes up too.”

HERE ARE THE TOP 20 GLOBAL CITIES BY MILLIONAIRE DENSITY:

NOW READ: How Tony Blair got so rich: a £25m property empire, and more