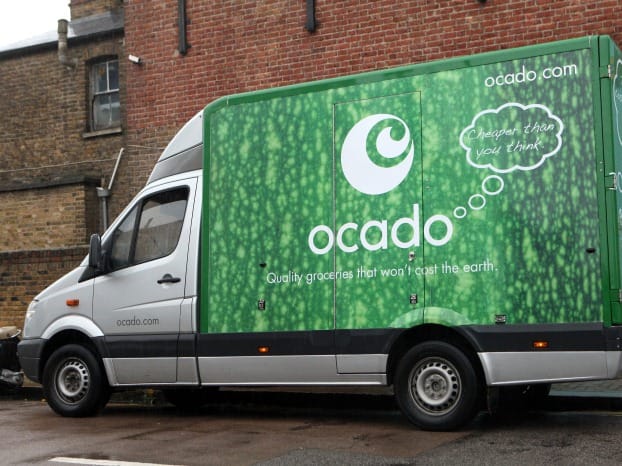 Times are tough for supermarkets

“We are pleased with the steady progress in our business, maintaining double-digit sales growth in a retail environment that remains challenging,” chief executive Tim Steiner said.

“Notwithstanding the tough nature of the marketplace, we expect to continue growing ahead of the online grocery market.”

“The launch of AmazonFresh earlier this month caused Ocado’s share price to slump to a three-year low, and led many to predict imminent doom for the brand.

“But the obituaries are still looking premature. Or at least they face a few more drafts, as the Ocado fairytale still has a few more chapters left to run.

“Both sales and volumes are up by a solid amount on this time last year, which in the current environment is no mean feat.

“But Ocado’s search for an international partner has still proved fruitless. Rumours of a tie-up with a big name brand like Carrefour or Safeway have come to naught.

“And herein lies the weakness at Ocado’s heart. Its technology is second-to-none, but its revenues from selling groceries aren’t growing nearly fast enough to recoup its astronomical set-up costs.

“Now it’s spending more on a major delivery centre in Hampshire, and adding to its debt pile even further.

“While there is a place in the market for Ocado’s high-end grocery offering, AmazonFresh will inevitably suck away customers in its core London market.

“But Ocado’s greatest asset is its technology, and it needs to find a buyer for it fast.

“It is just about holding its own against the Big Four supermarkets, but with cripplingly high costs and a growing debt mountain, its future as an online grocer is far from assured.

“It must use its technology to woo a giant retail prince if the fairytale is to have a happy ending.”