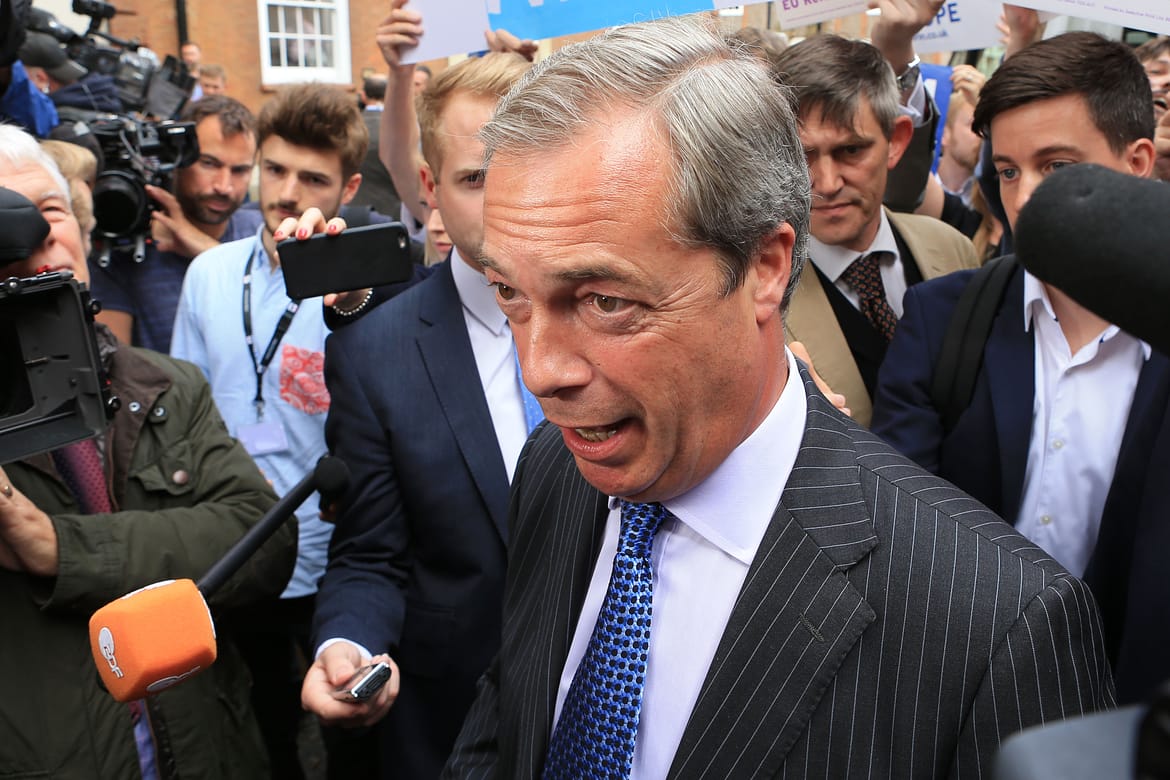 Here’s everything you need to know…

Nigel Farage has said Ukip’s only MP is trying to damage the party and said he should be kicked out.

The row is over claims about Douglas Carswell, Clacton MP and his role in allegedly blocking an honour for Farage.

Leaked emails show that Carswell said Farage should be given an OBE “for services to headline writers”.

Farage insisted that these exchanges reveal that Carswell is “consumed with jealousy and a desire to hurt me”, he called on the Ukip leader to kick him out.

Carswell said the emails showed “quite clearly I tried my best to make sure he got an honour that reflects his contribution”.

He said: “I’m delighted where I am. I’m trying to double the size of the Ukip Parliamentary Party at the moment.  Unfortunately, we didn’t manage to do that in Stoke.”

“But if he wants to come and talk to the Ukip Parliamentary Party about any concerns he has, very happy to respond. It won’t take long, it’s just me.”

Farage wrote in The Telegraph: “As a party, how can we let a man represent us in the House of Commons who actively and transparently seeks to damage us?”

“I think there is little future for Ukip with him staying inside this party. The time for him to go is now.”

Fitch has cut the outlook on the UK’s AA- investment grade credit rating, to Negative …