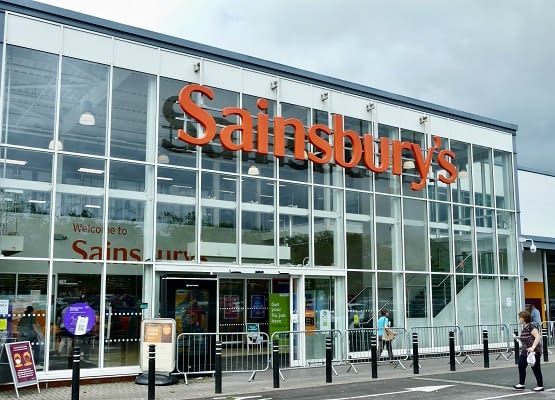 Fraser McKevitt, head of retail and consumer insight at Kantar, says: “Our shopping habits are beginning to settle at a new baseline as we’ve adapted our lifestyles through the pandemic. The general trend towards bigger, less frequent trips to the supermarket seems set to stay. Households visited the supermarket 15.7 times in the past month on average. That’s a slight increase from the 15.3 trips we saw at this time in 2020, but consumers are still making 40 million fewer trips per month than they were in 2019. At this rate of change, it would take three years to get back to our old shopping patterns.

“Online sales have also levelled out. For the second month in a row, digital sales accounted for 12.4% of the total grocery market. A fifth of households consistently order groceries online each month, becoming long term converts.”

Rising COVID-19 infections this month might not be significantly affecting how we shop, but people are picking up more healthcare products to help manage symptoms of winter colds and flu.  Fraser McKevitt continues: “As we head into winter consumers are stocking up on products to help them feel better. Sales of cold treatments this month doubled compared with last year, while cough liquids shot up 147%.”

Shoppers are keen to make the most of calendar milestones this year as they prepare for an extra special festive season. Fraser McKevitt explains: “After a tough 18 months, consumers are gearing up for bigger and better celebrations. An unrestricted Halloween drove sales of pumpkins up 26% in the four weeks to 31 October, and with trick or treating back on the cards seasonal confectionery grew by 27%.

“With Christmas ads out earlier than ever and Christmas stock on the shelves, we’re keen to prepare early this year so we can dive head first into festivities. 4.7 million households bought mince pies this month. Customers are also getting ahead on shopping for the big day itself. Frozen poultry sales are 27% higher year on year, with people spending an additional £6.1 million in the latest four weeks. 1.6 million households bought their Christmas pudding this month as well, 400,000 more than last year.”

While it hasn’t dampened spirits yet, like-for-like grocery price inflation in the latest four weeks reached 2.1% and shoppers could start to seek out better value. Fraser McKevitt comments: “Grocery prices are rising and this month inflation hit its highest rate since August 2020, when retailers were still cutting promotions to maintain stock on the shelves. As prices increase in certain categories, we can expect shoppers to continue to visit several supermarkets and shop around to find the best deals. Already, households visit an average of 3.3 supermarkets per month in order to find the best value for money.”

Tesco bucked the wider market decline and was the only retailer to achieve year-on-year growth this period with sales rising by 0.3% over the 12 weeks to 31 October. Almost three quarters of the population made a trip to Tesco in the past three months, helping the retailer to gain market share for the tenth month in a row and boost its proportion of the market by 0.6 percentage points to 27.6%.

Compared with the equivalent period in 2019, all retailers boosted their sales in the latest 12 weeks.

Ocado achieved the strongest increase in sales compared with two years ago, growing by 35.7%, while its market share stayed flat at 1.7%.