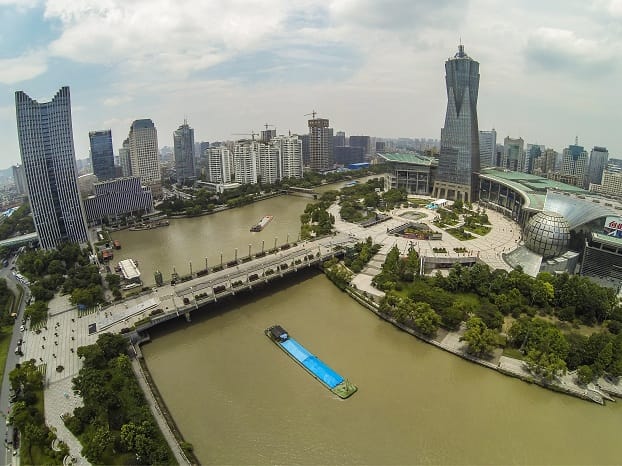 Move over Silicon Valley. If you want innovation, look to Hangzhou

Alibaba, Apple, and why Western digital hegemony is finally over

The centre of innovation gravity for all things digital is shifting East. And the Hangzhou Hills, 180 kilometers south of Shanghai, could soon give the Valley a run for its money.

The recent record-breaking IPO of Hangzhou-headquartered Alibaba marked a seismic shift taking place in the evolution of the internet and digital business.

Alibaba, already the undisputed king of e-commerce, handling more sales than Amazon and eBay combined, is now the world’s fifth most valuable tech company, valued at over $200 billion.

China is the world’s biggest and fastest growing e-commerce market, with 600 million online Chinese consumers set to spend an estimated $541 billion online next year, each making over 100 purchases.

Jack Ma, Alibaba’s flamboyant founder and now the richest man in China, recently explained: “In other countries, e-commerce is a way to shop, in China it is a lifestyle”.

With little legacy technology holding it back, China’s e-commerce market is not only big, it is advanced; the world’s highest penetration of post-PC devices means that e-commerce here means mobile commerce.

Size combined with an advanced market offer plenty of opportunity for new directions in digital innovation.

Eastern internet giants such as Alibaba, JD.com and Baidu still benefit from an enviable degree of market protection – at least from foreign firms.

In the case of Alibaba, this has allowed the Hangzhou firm to build up an eye-watering 80% share of the domestic e-commerce market. Four out of five purchases online in China are made via one of Alibaba’s B2B, B2C and C2C marketplaces, and half of all online payments are made using Alibaba’s ‘Alipay’ electronic wallet.

Such market dominance in benevolent market conditions may help foster the confidence to buck innovation trends by creating new ones.

China’s digital innovation differs from in the West

China’s digital innovation is taking an excitingly different tack to that of the West too. A huge population to cater to, affords more possibilities. If Alibaba is anything to go by, we have some exciting new innovation trends to look forward to.

Take, for example, micro-investments. We’re all familiar with micro-payments and micro-lending, but China’s Alibaba is leading the way in online micro-investing.

Yuebao now has more investors than China’s stock markets and is the largest public fund in China.

Positioning itself wherever money changes hands and without respect for industry verticals, Alibaba is also experimenting with a variety of commercial innovations from demand-led ‘team-buying’, to virtual malls and shoppable streaming video.

There are also rumours afoot that the company may partner with Apple Inc. on mobile payments, resulting in an Alipay and Apple Pay tie up – a serious force to be reckoned with if it comes to pass.

Look East for the next big thing

Dismissed as imitators rather than innovators, the new Eastern internet giants are starting to flex their freshly-funded innovation muscles as Asia becomes a new hotbed of digital experimentation.

It is quickly becoming the place where you’ll most likely find the ‘next big thing’ – and the company behind it.

So if you want to look to your digital future, look East. As William Gibson remarked, “The future is already here, it’s just unevenly distributed”.

We now know that uneven distribution has shifted East.

East is where the sun will rise on tomorrow’s breakthrough digital ideas, innovation and inspiration.

We need to open ourselves up to the truth that Western digital hegemony is finally over.

More on China and Alibaba:

Jack Ma just became China’s richest person – who is he?