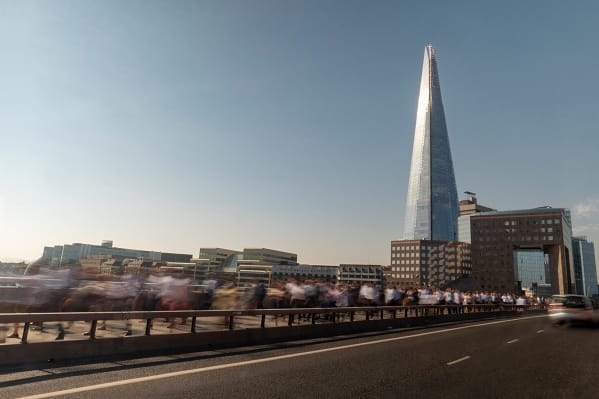 Over 3,000 employees at 70 UK companies are currently taking part in a four-day working week trial run by 4 Day Week Global.

The nonprofit organization wants to assess how employees react to working a day less in a typical week without a loss of pay, and the results of this six-month experiment could help shape how UK businesses operate in the future.

There is clearly an appetite for the working pattern, as NerdWallet found from a survey of 2,000 workers. Of the 1,310 people who said they worked 5 or more days a week, 72% said they are in favour or strongly in favour of a four day work week.

When asked what level of pay cut would you be willing to take in order to work a 4-day week, women were more likely to stand firm and still seek their full wage. Two thirds of women (66%) said they wouldn’t take a pay cut to work a four day week, compared to 56% of men.

When it came to getting a job that offered a four day working week, over half (53%) of workers surveyed said they’d need to move jobs to find a company that offered this working arrangement. Close to two fifths (38%) were unsure whether they’d need to move jobs to work a day less, whereas just 8% said they wouldn’t need to leave their job, as their employer was looking to implement it.

Connor Campbell, writer and spokesperson at NerdWallet said, “It’s clear to see there is a large appetite for the four day working week in the UK and it will be interesting to find out the results of 4 Day Week Global’s trial to assess whether this could be a wider possibility for employees.

“Workers in the UK are seemingly confident about their ability to work smarter, rather than harder, so employers may want to take notice of their workers’ needs in order to avoid potential resignations and moves to businesses that can accommodate shorter working weeks.”

Sage People Payroll launches in the UK and US