Home Business News More than 10,000 soldiers, sailors and aviators will perform their ‘last duty for Her Majesty the Queen’ during her funeral 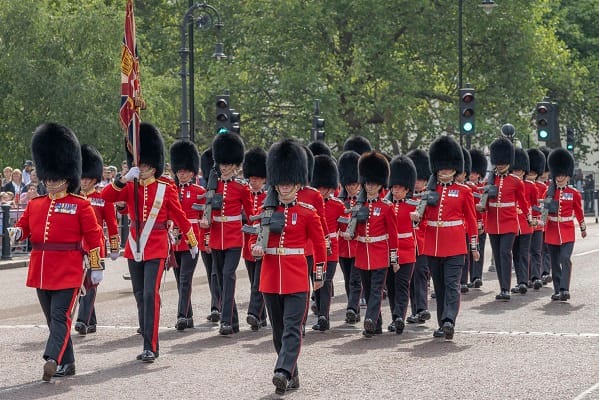 More than 10,000 soldiers, sailors and aviators will perform their ‘last duty for Her Majesty the Queen’ during her funeral

The Chief of the Defence Staff Admiral Sir Tony Radakin has said that more than 10,000 military personnel will perform their “last duty for Her Majesty the Queen” during her funeral on Monday.

He said that “enormous” planning went into the service at Westminster Abbey which has gone on “for a very long time.”

Sir Tony said that along the procession route in London there will be 6,000 military personnel including Windsor.

The world will witness Her Majesty Queen Elizabeth II’s funeral on TV along with the committal service at the castle.

He added, “We have the plans and now we have to execute them and there’s lots of brilliant people that are enabling that and it’s coming together as well.

“So the army the Royal Navy, the Air Force, but also our civil servants, and we’re helping other people in London, the emergency services, some of the volunteers as well, and so that this is a sombre occasion, but it’s done with the utmost respect and also affection.”

Kuenssberg asked if he is nervous ahead of the service on Monday, Admiral Sir Tony replied, “There’s always an element of apprehension, but we have brilliant people that help at every level, some generals that have been planning this for a long time.

“We have warrant officers and non-commissioned officers that that look at the precise execution, and that’s at my level and then all the way down.”

Putin has been snubbed from Queen’s funeral and Russia accuses...