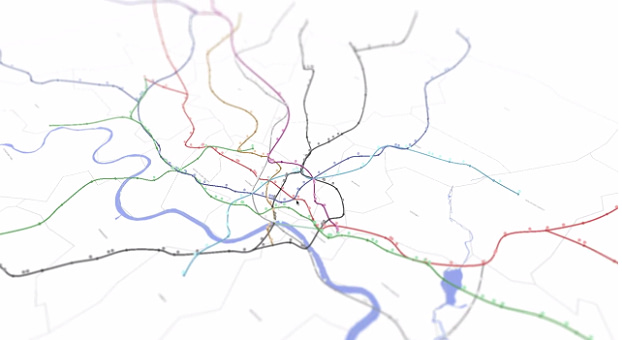 From a restaurant Tube map to a rude Tube map, there are countless maps mapping the London Underground network.

But we particularly like this new 3D map made by developers Peter Smart and Robin Hawkes.

The duo has used online code to build the map which shows moving trains in real time. It’s part of their ViziCities project which has been designed “to change the way you look at cities and the data contained within them.”

“Maps and data visualisations have always captured the imagination of people,” Hawkes told the MailOnline.

“Perhaps because they are often beautiful to look at, but I imagine more because they communicate complex situations in an easy to consume fashion.

“Trying to understand how the entire London Underground network works would be a headache for anyone, let alone TfL, but seeing it all happen before your eyes in an interactive 3D experience allows you to step back and comprehend what’s happening.”

Take a look at the map