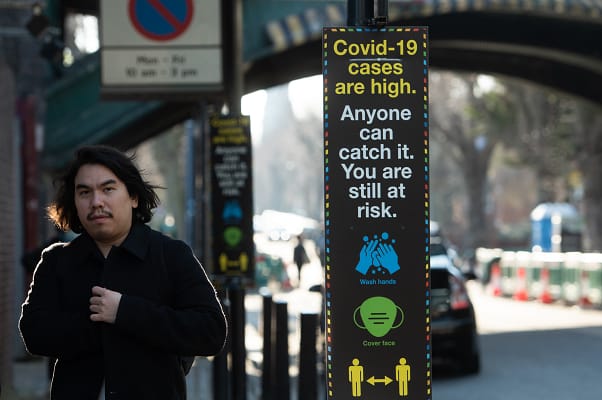 The Health Secretary, Matt Hancock has told people who live in Manchester and Lancashire to minimise travel as the Indian variant is spreading.

There is to be a “strengthened package of support” to the two regions and told MPs in the Commons that the government are facing a “challenging decision” as to whether or now to lift lockdown fully on 21 June.

Hancock told MPs, “I can tell the House that today, working with local authorities, we are providing a strengthened package of support based on what’s happening in Bolton to help Greater Manchester and Lancashire tackle the rise in the Delta variant that we are seeing there.

Hancock added, “This is the next stage of tackling the pandemic in Manchester and Lancashire and of course it’s vital that people in these areas, as everywhere else, come forward and get the jab as soon as they are eligible because that is our way out of this pandemic together.”

The government’s advise says, “Wherever possible, you should try to… meet outside rather than inside… keep 2 metres apart from people that you don’t live with (unless you have formed a support bubble with them), this includes friends and family you don’t live with… minimise travel in and out of affected areas.”

Greater Manchester Mayor Andy Burnham said the measure are advice and that it is not a lockdown and asked the government to send more supplies of vaccines for at risk areas.

Burnham said at a press conference, he said he wants to be “absolutely explicit” about what they are was asking for.

H added, “We are not asking for any more vaccine here than our fair share, what we are asking for is the bringing forward of Greater Manchester’s supplies so that we can run a surge vaccination programme over the next three weeks.

“This is guidance, it is advice to the public. It is not a lockdown. It is not a ban… this is not about telling people to cancel their plans, it is about asking them to be careful in setting any new ones, to minimise non-essential travel.”

Professor’s Whitty and Sir Patrick warned that despite being fully vaccinated this does not provide anyone with 100% protection, and they told Cabinet Ministers that they have “real concerns” over the new variants with the transmissibility.

Boris Johnson’s Cabinet Ministers are said to be increasingly pessimistic over the full unlocking of England on 21 June.