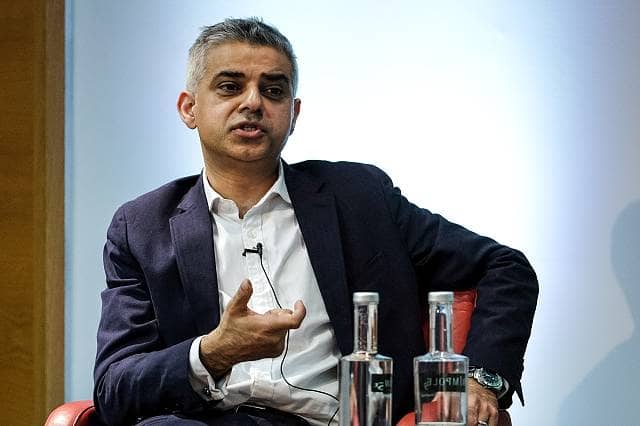 Mayor warns 100,000 more Londoners will be plunged into poverty

The Mayor of London, Sadiq Khan, has urged the Government to use next week’s Budget to help those most in financial need and prevent 100,000 more Londoners being plunged into poverty.

The Mayor is calling on the Government to continue the £20-a-week increase to Universal Credit and Working Tax Credits which was brought in to help households deal with the impact of COVID-19, and extend it to other benefits to help Londoners who are most in financial need and have been disproportionately impacted by the pandemic.

Preliminary findings from new research, commissioned by City Hall and being carried out by the University of Essex’s Centre for Microsimulation and Policy Analysis, has found that if the Government continues with its plan to remove the £20-a-week increase to Universal Credit and Working Tax Credit in April it would plunge an extra 100,000 Londoners into poverty, including more than 30,000 children.

More than half of the additional adult Londoners in poverty would be from Black, Asian and Minority Ethnic backgrounds, one in three would be single parents, and one in 10 would be disabled. Across the whole of the UK, it would push 900,000 people into poverty, including around 400,000 children.

COVID-19 has had a devastating impact on the UK and London, but even before the pandemic the number of Londoners experiencing extreme hardship was on the rise. Research funded by the Joseph Rowntree Foundation and the GLA, and carried out by Heriot-Watt University, found that 440,000 Londoners, including 60,000 children, were destitute at some point in 2019 – meaning they had gone without two or more essentials like food, shelter, heating, or clothing in a single month. This was an increase of 28 per cent since 2017 and those most at risk of destitution include those who have been worst hit by the economic and health consequences of the pandemic.

Despite the city’s economic success, substantial inequalities exist in the capital and the Mayor’s Declaration of Interdependence in 2019 highlighted that once housing costs are considered the number of adults and children living in relative poverty is higher in London than anywhere else.

The Mayor believes it is vital that the Government does all it can to support those in financial need and prevent more going into poverty. If Ministers extended the £20 a week uplift to other means tested legacy benefits – including Employment and Support Allowance, Jobseeker’s Allowance and Income Support – it would not only stop 100,000 Londoners falling into poverty, but lift an extra 15,000 Londoners above the poverty line, including 3,000 disabled Londoners.

That is why the Mayor is calling for the Government to deliver this in next Wednesday’s Budget, as well as removing the benefit cap, reinstating annual funding for local welfare assistance schemes to the equivalent of pre 2015/16 levels and suspending No Recourse to Public Funds conditions so that more Londoners in financial need can be helped.

The Mayor has provided nearly £10m to the London Community Response, which is funding voluntary and community organisations, including those providing ongoing support to low-income Londoners, and provided funding to allow Debt-Free London’s debt advice service to offer support 24 hours a day, seven days a week. He has also pledged £150,000 to support food partnerships across London to take action to address food insecurity and continues to lobby Government to support those most at need.

The Mayor of London, Sadiq Khan, said: “The pandemic has had a devastating impact on our city, but the Government’s increase to Universal Credit has provided a lifeline for thousands of Londoners who are struggling. And even before the pandemic, London had some of the highest levels of poverty in the whole country, and the fallout from the virus risks making this even worse. It’s vital that Ministers step forward to extend this support in next week’s Budget to prevent 100,000 more Londoners being driven into poverty. But they should also go much further and extend this uplift, remove the benefit cap and increase funding to local welfare schemes so that low-income households can get the support they need during this time of national crisis.”

Professor Suzanne Fitzpatrick, Heriot-Watt University, said: “People experiencing destitution in London are more likely than those destitute elsewhere in the UK to be homeless or living in very poor housing conditions. They also have less access to financial or in-kind support to help them eat, stay warm and dry, and keep clean. It is imperative that Local Welfare Assistance schemes are restored and expanded across London to provide the lifeline urgently needed for people experiencing these emergency situations.”

Tracey Lazard, CEO of Inclusion London, said: “These findings demonstrate again the devastating impact of the pandemic on the standard of living of Disabled Londoners. For people generally the cost of living has risen and will continue to rise, thousands of people will lose their jobs or incomes, and it is likely the impact will be felt for months and years to come. The impact of the pandemic on people who live in poverty is much greater still, and although the Government increased Universal Credit by £20 per week it is scandalous that the same was not done for people who claim legacy benefits, most of whom are Disabled people. The Government should recognise that everyone has a right to an adequate standard of living and it is vital now more than ever that the Chancellor retains the Universal Credit uplift and extends it to all people on legacy benefits. In a time of crisis the Government must support those who need it most and the ‘building back better’ agenda must ensure people are not pushed further and deeper into poverty and destitution.  This is why Inclusion London supports the measures the Mayor is calling for.”

Sophie Goodwin, Coordinator of the Independent Food Aid Network, said: “Providing ever-increasing numbers of emergency food parcels to people facing financial crisis cannot possibly address the root causes of poverty. At the very least, the £20 uplift to Universal Credit must be maintained and extended to legacy benefits, the benefit cap removed and funding channelled to local welfare assistance schemes to reduce the rising tide of extreme poverty in London.”