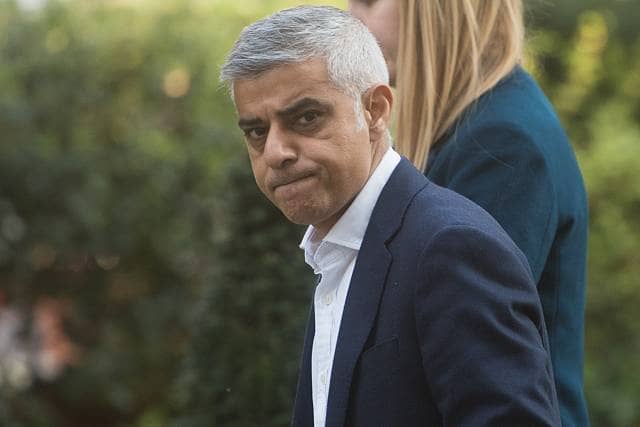 Mayor accuses government of ‘ushering in new era of austerity’

The Mayor of London, Sadiq Khan, has accused the Government of ‘ushering in a new era of austerity’ for local and regional government that will inevitably result in cuts to council services, public transport, police services and fire brigades across the UK at the worst possible time.

The Mayor also warned that government action on jobs announced today will be simply insufficient to prevent tens of thousands of Londoners from becoming unemployed and called for ‘much bigger and more meaningful action’ in the days ahead.

He described the Government’s decision to not to extend its furlough scheme for those sectors of the economy most affected by Covid-19 as ‘shortsighted’. The Mayor has repeatedly argued that it would be far better that the Government to continue with the scheme for sectors such as leisure, hospitality and the creative industries than see a sudden surge in unemployment later in the summer, with the subsequent poverty, homelessness and additional strain on the benefit system that this could cause.

Local and regional government is facing increased costs and falling income as a result of the crisis. Authorities have had to fund significant additional costs related to Covid-19 and have seen income from council tax, business rates and public transport fares fall.

Despite the Prime Minister’s promise that there will be no new era of austerity as a result of Covid-19, ministers have so far only committed to covering a tiny fraction of the financial shortfall facing local and regional authorities. In London, Transport for London’s fares income has fallen by more than 90 per cent and the Greater London Authority (GLA) Group faces a shortfall of an estimated £500m over the next two years – leaving no choice other than significant cuts to police, fire and transport services unless the government steps up.

Sadiq is therefore bitterly disappointed that the Chancellor today failed to outline any specific plans to ensure additional support for local and regional authorities as part of a broader devolved economic recovery package for London government.

London represents one quarter of the whole UK economy and is the only region that has made a regular and substantial net contribution to the UK Exchequer. London’s recovery will be vital for the country as a whole, so the Mayor believes that it makes little sense for the Government not to invest now in its recovery.

The Mayor has also warned that government action announced today to prevent unemployment increasing to record levels is ‘simply insufficient’.

The Mayor welcomed the new ‘Kickstart Scheme’ for young people, ‘Jobs Retention Bonus’ for employers that retain furloughed staff and VAT reduction for the hospitality and tourism sectors, but warned that they simply wouldn’t be enough to prevent an unprecedented increase in unemployment. He also expressed his frustration that government support for environmentally-friendly businesses to create new green jobs was so small in comparison to international efforts.

“Despite repeated promises from ministers, today’s statement ushers in a new era of austerity for local and regional government that will inevitably mean huge cuts to local council services, public transport, police services and fire brigades across the UK at the worst possible time.

“The action announced today to prevent a historic rise in unemployment is simply insufficient and the Government must announce much bigger and more meaningful action in the days ahead.

“Sectors hardest hit by COVID-19, such as culture, hospitality and creative industries can’t afford a drop-off in government support, so the Government’s decision to wind down its furlough scheme and risk mass unemployment is shortsighted.

“I welcome the range of new measures to support jobs – but fear they will be simply inefficient to prevent an unprecedented increase in unemployment.

“It is frustrating that government support to create new green jobs is so much smaller than in other comparable countries.

“The economic consequences of Covid-19 are unprecedented – and so far the Government is failing to rise to the scale of the challenge needed to protect jobs.”

In addition, it has been confirmed that London will only receive £22m of £900m available from government for local growth projects – despite the fact that the capital has been excluded from the recent Stronger Towns Fund.

The Mayor believes that this crisis has shone a light on the need for regional and local government to be able to embark on a programme of devolution so that it is able to tailor local solutions to help put the country on the long road to recovery.

However, there were no proposals today for a wider devolved fiscal base to prevent over-reliance on just council tax and business rates or the opportunity to develop more genuine local revenue-raising powers and accountability.

London is also not a recipient of any of the Government’s recently announced brownfield funding, despite London having more brownfield land than any other part of the country.