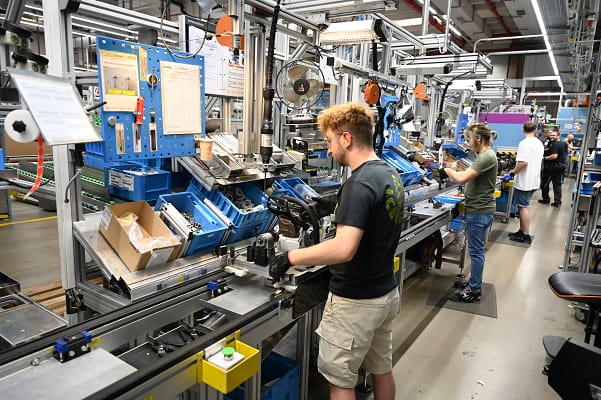 Manufacturing has been hit by soaring inflation and is feeling an “autumnal chill in September” and has seen its third monthly contraction.

The S&P Global/CIPS UK Manufacturing PMI survey score was 48.4 which shows that manufacturing in a decline, but there was a slight recovery from 47.3 in August which is a 27-month low, anything below 50 is a contraction within the sector.

John Glen, chief economist at the Chartered Institute of Procurement & Supply (CIPS) said, “Manufacturing businesses continued to feel an autumnal chill in September as declining sales, higher costs and a depressed marketplace pulled the sector down into contraction for a third month in a row.

“Supply chain managers were buying less as customers either failed to place orders or cancelled work in hand.”

Rob Dobson, director at S&P Global Market Intelligence, said, “The downturn in UK manufacturing continued at the end of the third quarter, meaning the goods producing sector looks set to have acted as a drag on GDP (gross domestic product).

“Manufacturers have once again cut back production as new order intakes declined for the fourth successive month.

“Factories are reporting tough market conditions both at home and abroad.

“There was also less positive news on the price front, with rates of inflation in input costs and selling prices both picking up in September, linked in part to import costs rising due to the weaker pound.”