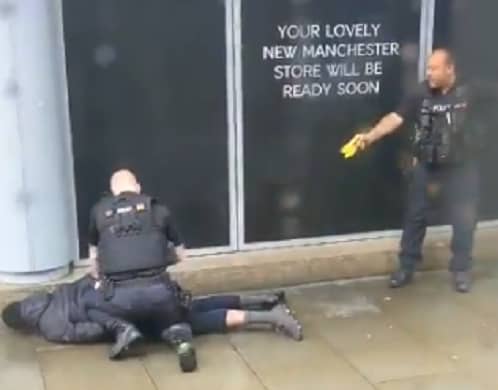 Police have been called to reports that four people have been stabbed, it is not known at this time the nature of the attack.

@MENnewsdesk guy being held by police with a tazer outside the arndale pic.twitter.com/O8y0786CEw

Greater Manchester Police have confirmed they are in attendance at the city centre’s Arndale chopping centre which has been evacuated.

All going off in #Manchester in the Arndale 😳😳😳 pic.twitter.com/3LXB9u821q

Police have confirmed a man in his 40s has been arrested under the suspicion of assault after being tasered, trams have stopped operating at Exchange Square.