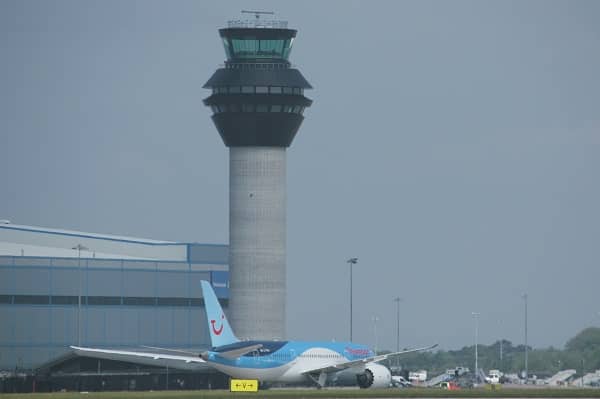 Greater Manchester Police confirmed that all trains, trams and buses were suspended and not allowed in or out of the airport and a police cordon will remain in place.

A police spokesman said, “Officers are currently responding to reports of a suspicious package at Manchester Airport transport interchange.

“Further enquiries are being carried out and bomb disposal officers are on their way to assist with these enquiries.

“A man has been detained by police at the scene. A cordon is in place at Manchester Airport transport interchange and people are encouraged to follow directions from officers.

“Trams, trains and buses are currently suspended to and from the airport interchange. Thank you for your patience as we respond to this.’

The spokesman added, “As part of their assessment to ensure the package is safe, a controlled explosion took place. The cordon will remain in place as a precautionary measure as enquiries continue.”