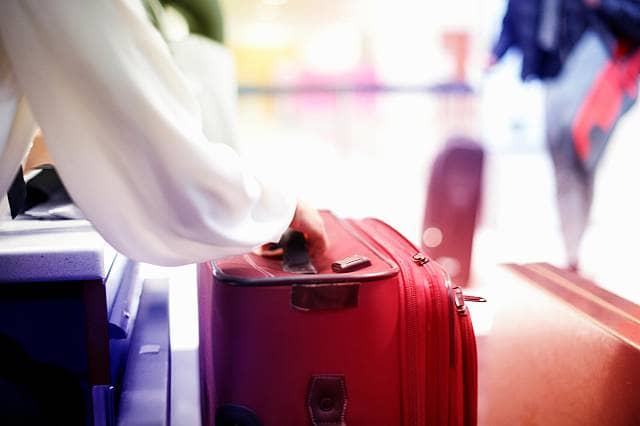 London workers are now taking more business trips than ever before

Travelling for business is no longer seen as a perk but a necessity, as a new report out today has revealed that nearly half, 46% of workers, across London are regularly travelling for work purposes.

A third of Londoners reported that they are now taking 50% more business trips.

Forty six per cent of workers in London stated that they are more productive when being away from the workplace and actually instigate business trips.

These findings have been revealed in a new business travel study commissioned by Travelodge, which operates 568 hotels. Key findings revealed although we live in a high tech savvy e-world, Londoners workers prefer a face to face meeting and on average are now travelling for business three days a week.

Eight out of ten (85%) workers in London believe it’s vital to invest time travelling to see clients and work colleagues face to face as its benefits their relationships, supports the company’s brand reputation and increases revenues.

Nearly four out to ten London workers (39%) reported that travelling has helped to improve their skill-set and confidence.

However being away from the work place does have its consequences as workers in London reported that on average they spend five hours of their personal time catching up on work that they have missed whilst being away for business.

Eighty six per cent of adults reported that they hate packing for a work trip and will spend on average two hours and 28 mins packing for each trip.

A quarter of London workers stated that they find packing for a business trip more stressful than actually preparing for their meeting or presentation.

Interestingly when surveyed 45% of business travellers reported that they could not leave home without their toothbrush and phone charger.  On average workers will fork out around £40 on replacing items they have forgotten to pack.

London workers have also become ‘tech travellers’ and will carry at least three devices and gadgets to support them whilst away on business.

Shakila Ahmed, Travelodge Spokesperson said: “Travel has become a big part of modern business, thanks to technology. Nowadays you can potentially work anywhere. Our bookings data supports the research findings, as over the last 24 months we have experienced a significant rise in business customers staying in our 568 hotels. Today, business travellers account for more than half of our sales and we are seeing businesses of all sizes switching from high end hotels to value travel brands such as Travelodge.”

List it – Save yourself time and effort and make a list of everything that you need for your trip. Choose one main colour scheme for clothing.

Roll it – Roll your clothes. This helps to maximize space and minimize wrinkles. Try the bundle technique. Carefully wrap each item around the core, with underwear and t-shirts at the centre and large tailored items like jackets and dresses on the outer layer.

Keep it – Keep a separate toiletry kit for travelling and regular replenish it.

Charge it – Invest in one compatible charger for all your devices and take a portable battery pack to ensure you are charged throughout your trip.

Enjoy it – Remember to pack a treat or a home comfort for that ‘ahhh’ moment.

Remote working has meant over 12bn fewer commutes over this...