Home Business News London terror attacks: Police name two of the terrorists and one was known to MI5 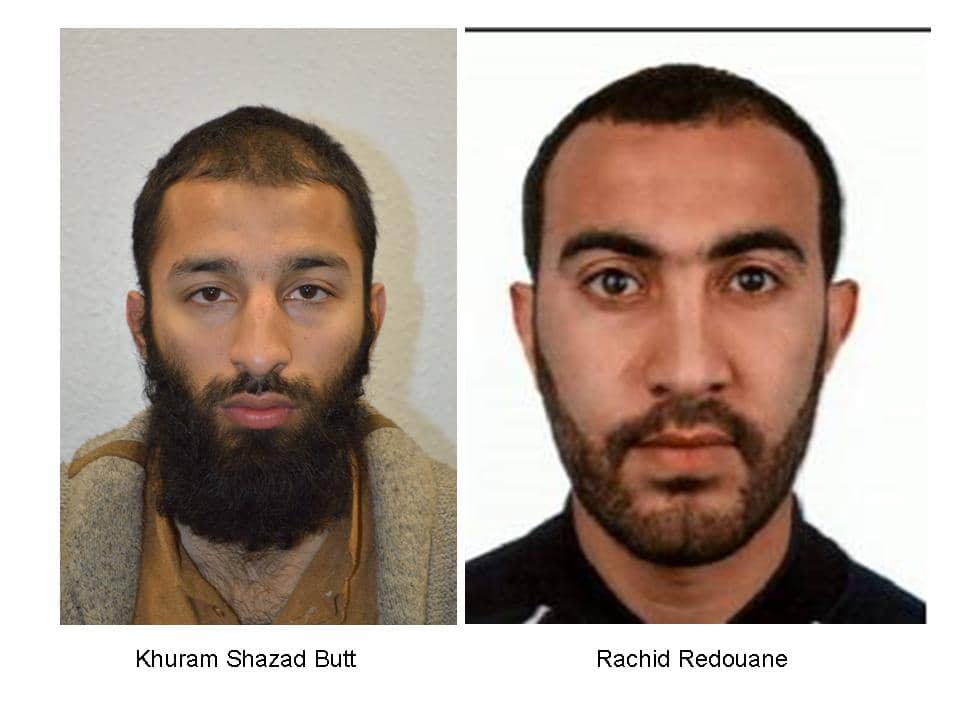 London terror attacks: Police name two of the terrorists and one was known to MI5

These are the faces of two of the dead terrorists that were shot dead by police Saturday evening in a dramatic operation that took them just eight minutes to find them and kill them.

The two men are both from Barking and their names were Khuram Shazad Butt and Rachid Redouane.

These dead terrorists killed seven and injured 48 and Scotland Yard confirmed Monday along with a third attacker wearing fake suicide vests whilst on a rampage with 12-inch knives on London Bridge and Borough Market.

It has been reported that Butt was known to MI5 and was born in Pakistan aged 27 and was a British citizen and is thought to have been the ring leader, he was also known as Abz.

An appeal has been launched and assistant commissioner, Mark Rowley said: “I would urge anyone with information about these men, their movements in the days and hours before the attack and the places they frequented to come forward.”

“The police and our partners are doing everything we can across the country to help prevent further attacks and protect the public from harm.”

“At any one time MI5 and police are conducting around 500 active investigations, involving 3,000 subjects of interest. Additionally, there are around 20,000 individuals who are former subjects of interest, whose risk remains subject to review by MI5 and its partners.

“The security and intelligence services and police have stopped 18 plots since 2013, including five since the Westminster attack two months ago.”

The third terrorist is believed to be a foreign national and is yet to be identified.