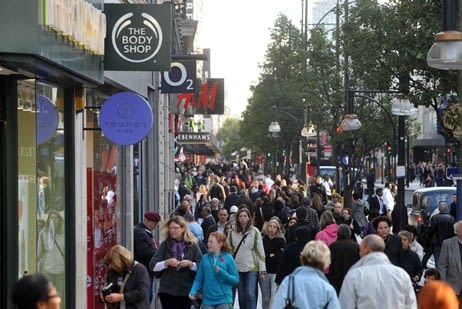 The home delivery specialist ParcelHero says that the closure of non-essential stores across England for the second time this year caused the value of overall retail sales to fall back in November -4.1% compared to the previous month. This had a devastating impact on town centre stores’ sales but created record sales online.

ParcelHero’s Head of Consumer Research, David Jinks MILT said, ‘England’s High Streets became ghost towns once more, as shoppers hunkered down in the warmth and safety of their own homes to snap up thousands of early Christmas bargains. Black Friday had an epic lead-in this November and Brits made the most of it by snapping up online bargains at Amazon and their favourite stores. The boom in online sales was so strong that it dragged up the volume of all retail sales by 2.4% compared to November 2019.

‘This was great news for online retailers but highly challenging for their delivery partners as the value of department stores’ online orders increased by 157.2% and household goods stores and non-food sites saw sales rise by 124.7%. The sheer volume of home deliveries will have had a knock-on effect as Christmas orders really kicked in early this month.

‘It’s no coincidence that the second lockdown was topped and tailed by the failure of well-known names such as Edinburgh Woollen Mill at the beginning and Debenhams and Topshop at the end. This was a truly dark month for the High Street with names such as Peacocks, Jaeger and Burton also collapsing into administration. Clothing stores reported the sharpest decline in sales volumes in November with a monthly fall of -19.0%. Retailers said that, despite extensive online Black Friday promotions, the enforced closure of stores had affected sales. Clothing sales were still a whopping -30.5% below pre-pandemic levels seen in February.

‘However, many retailers have woken up and smelled the Christmas gingerbread-flavoured coffee. 86.9% of businesses remained trading during Lockdown 2.0 suggesting that, despite store closures, many were able to continue to trade online.

‘Both consumers and retailers need to proceed cautiously for what remains of this year to avoid the impact of still soaring online sales. The beginning of the week is being dubbed ‘Manic Monday’ as last-minute orders are expected to swamp courier networks.