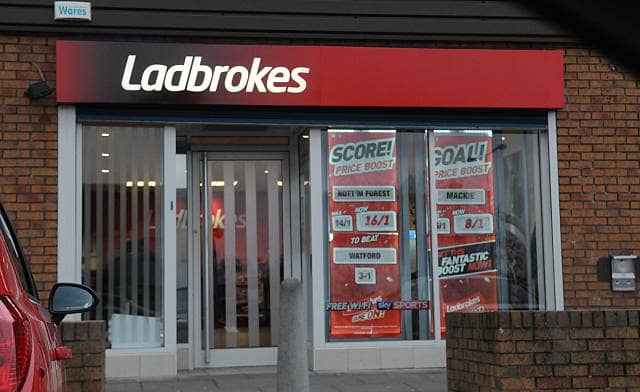 The casino and bookmaker giant, Ladbrokes Coral group has been slapped with a £5.9 million ($7.1 million) fine. This is in response to neglecting its obligations when it comes to social responsibility and the prevention of money laundering. This is one of the highest fines ever demanded by the Gambling Commission on behalf of players that lost hundreds of thousands of pounds. Whether the gambling establishment is a land-based or online casino, there is a level of responsibility that is owed to its customers.

This nearly £6 million fine is in relation to several shortcomings that have taken place over the last four years. Ladbrokes Coral Group was bought by GVC Holdings, an Isle of Man-based company during March of 2018. This agreement was valued at £3.2 billion ($3.8 billion).  This transition has since been penalised as a result of the company’s failure to intervene when it comes to problem gamblers.

Once the company became aware of the issue, it simply made the decision to reduce the number of “high risk” customers. This was done instead of investing to protect them, is what the commission’s investigation found.

One particular instance confirmed by a witness involved a bookmaker not inquiring after the source of a bettor’s funds even though they had just lost around £1.5 million ($1.8 million). This being over the course of nearly three years. This is just one instance of failing to carry out any social responsibility even when a customer showed such clear signs that he had a gambling problem. Another on record instance was of a player logging into their account up to ten times a day and at one point losing £64,000 ($77,897) within a month.

The bookmaker additionally failed to run interference while a player deposited over £140,000 during the first four months of their membership. There are many more instances that were uncovered during the investigation. Each more alarming than the last.

GVC has reportedly agreed to pay around £4.8 million ($5.8 million) in order to assist in the funding of responsible gambling causes. This is along with another £1.1 million ($1.3 million) in compensation of the ‘affected parties’. This refers to anyone that was harmed by the negligence or victims of any crimes associated with illicit bets.

Another part of the settlement includes GVC’s reviewing of five other suspicious cases and an investigation into Ladbrokes accounts. Ladbroke even has a list of the top fifty customers during the course of three years from 2015 to 2017. This list has piqued the commission’s interest and will also come under investigation. The group has additionally increased the number of staff members that are dedicated to responsible play.

There have so far been improvements, such as increased customer checks to ensure that they can afford the bets they are placing. Time will tell if any big changes are on the horizon or if these promises are merely placating adjustments in place to pass the investigation and any future investigations.