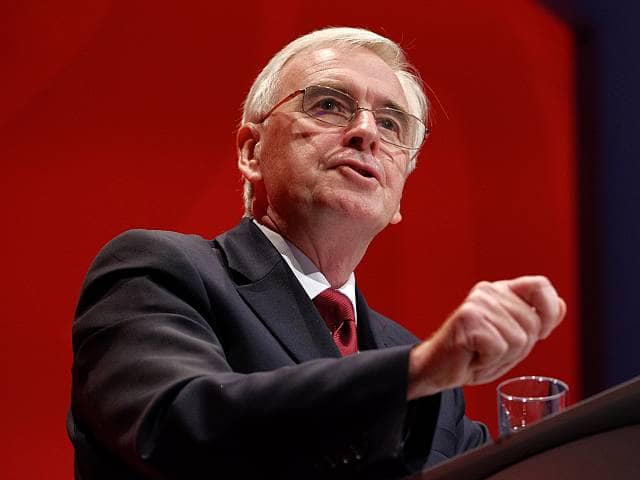 The Labour party has pledged not to raise income tax for those who earn less than £80,000 per annum.

John McDonell the Shadow chancellor has said that low earners will be protected from income tax, VAT and National Insurance rises.

McDonell said that more funding for public services will come from the top five per cent of earners, whilst there will be a “personal tax guarantee” for the remainder 95 per cent of taxpayers.

McDonell is expected to say in a major speech Sunday: “The choice at this election is very clear on tax, as there is currently only one party which is committing not to raise taxes on middle and low earners and that is the Labour Party.”

“If Labour is elected next month we will guarantee that for the next five years there will be no tax rises for income tax payers earning less than £80,000 a year, no hikes in VAT and no changes in your national insurance contributions either.”

“The Labour Party is now the party of low taxes for middle and low earners, while the Tories are the party of tax handouts for the super-rich and big corporations.”

McDonell said on the Andrew Marr Show Sunday: “Anyone earning below £80,000 will be guaranteed you will not have an increase in income tax, or VAT or national insurance contributions.”

“And for those above £80,000 we’re asking them to pay a modest bit more. Why? To fund our public services.”

“We’re talking about modest increases so that we can have a society which we believe everyone shares the benefits of.”