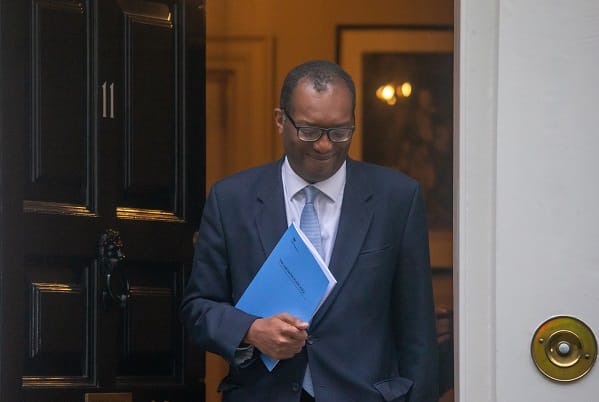 Kwarteng lashes out at Truss for the first time after sacking

Former chancellor Kwasi Kwarteng last night lashed out at Liz Truss for not giving him a chance.

Kwarteng accepted a lot of responsibility himself on Talke TV: I’m responsible. I’m not going to wash my hands with it. I was chancellor of the exchequer. I was also part of the top team.

But he also said that they went too fast, that Truss was driving this, and that he warned her to slow down. He said:

“The prime minister was very much of the view that we needed to move things fast. But I think it was too quick. If you look at it, it was on the 23rd of September. We only got into the office on the sixth of September. And looking back, hindsight is a wonderful thing, I think a measured pace would have been much better …

“I said, actually, after the budget that because we were going very fast – even after the mini-budget we were going at breakneck speed – and I said: ‘You know, we should slow down, slow down’.”