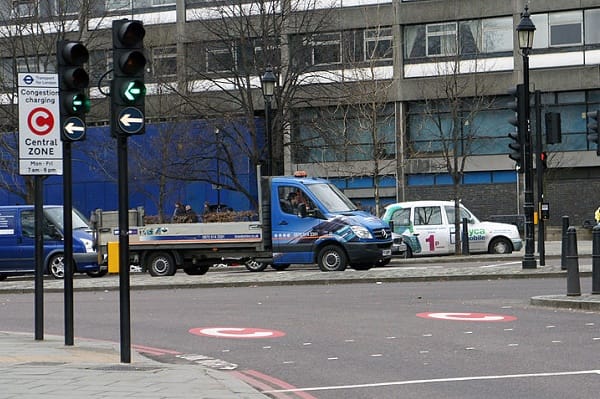 As we all know, the pandemic has had a serious impact on businesses across the country and while the government is trying to restore some sort of normality to help boost the economy, policies put in place by the Mayor of London are making things difficult as possible for some businesses in the capital to operate.

Over the past few months, Sadiq Khan has introduced an increase in the Congestion Charge, extended its time of operation and has ordered the closure of a number of roads in the city, measures which have made it increasingly difficult for us and others like us, to carry out our work and has had a serious impact on our finances at the very time we need help and support.

One of the main goals of the new measures was to reduce congestion levels but despite the fact that many people are still working from home, we have yet to notice a positive difference. In fact, as many of the back roads are closed off in many central areas, the main artillery roads are now at a standstill. As a property maintenance company which operates mainly inside the M25, we spend a lot of time on the road getting to and from jobs and our drivers have reported spending increasing amounts of time stuck in traffic.

Financially we are also facing challenges. The increase in the congestion charge is directly absorbed by the business as we are unable to claim it back from our customers and the charge itself is only the start of the problem. The road closures mean we spend more time held up in traffic so our fuel costs have increased and we’re no longer able to cover as many jobs as we would normally. Our engineers have also reported that as some roads are closed off, the parking spaces on them are also inaccessible which means they have to drive around to find a space. This impacts on our business and increases emissions.

We’ve found that the traffic increase is also leading to low morale and increased levels of stress among our drivers. Most of them spend a large proportion of their day stuck in traffic and many of them have started questioning whether they want to continue working in the capital which will only add to the skills shortage the industry is already experiencing.

At no point has the London Assembly consulted with businesses, especially smaller ones, on what their needs might be. Having spoken to several other small business owners, the general consensus is that the changes were made without taking our needs into consideration. We were simply presented with a document which outlined the intention to close several routes.

Managing traffic in London effectively is an important issue but it can’t be solved if everyone and everything works in silos. It’s vital to have a joined-up plan which is definitely not the case right now. There are so many parameters which the London Assembly hasn’t considered. Most shops require delivery drop offs and most London residents will at some point require the services of a company which will need to be able to access their property quickly to deal with home emergencies.

We need to get together and agree what is urgent and what is optional when it comes to driving around London. Introducing a blanket approach is already proving to be inefficient and costly to businesses so what we need is an open discussion about road usage and the future of it in the Capital.