Home London News ‘Just a scumbag, that is all’, Putin lashes out at poisoned ex-spy 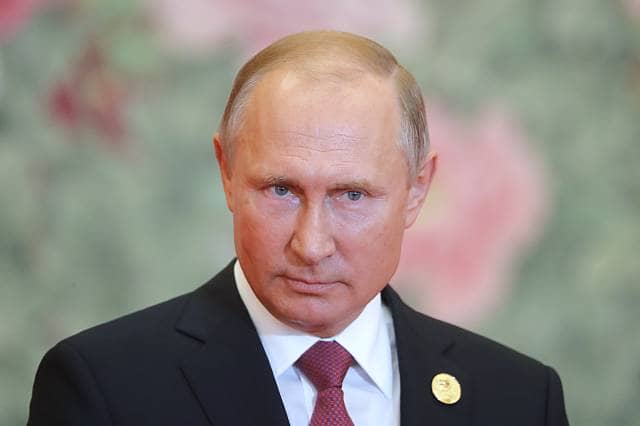 ‘Just a scumbag, that is all’, Putin lashes out at poisoned ex-spy

Russian president Vladimir Putin has branded former Russian spy Sergei Skripal, who is at the centre of Salisbury poisoning row, a “scumbag” and a traitor while speaking at an energy forum in Moscow today.

This bold quote by #Putin about #Skripal says it all: pic.twitter.com/BVPH4jKlwu

“…He is just a spy, a traitor to the motherland … Imagine: you are a citizen of your own country and all of a sudden there is a person who betrays his motherland. How would you treat him? He is just a scumbag, that is all,” Putin said.

Putin added that he thought the “hubbub” around the case would eventually die down: “As is well known, espionage, just like prostitution, is one of the world’s most important professions. Nobody’s ever shut it down, or is in a position to now.”

Skripal and his daughter were found unconscious on a bench in Salisbury early this year after being attacked with Novichok.