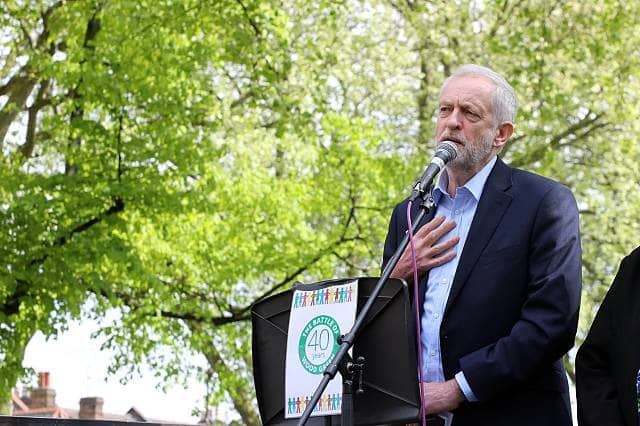 This is what a spokesman for Corbyn said

Labour leader Jeremy Corbyn has said he will not join in with TV debates before the general election unless Theresa May joins him.

Theresa May has made it clear that she won’t be taking part in the head-to-head debates before the 8 June. She is however likely to take part in a question and answer session in front of a TV audience.

May has been criticised for not joining in with the debates by her opponents.

Corbyn’s spokesman said it would not make sense for Corbyn to debate with other political leaders without Theresa May being present because the choice is a Labour government or a Conservative government.

The spokesman said: “I don’t think that having a debate among opposition parties in any way aids the objective of giving the British public the chance to see what the real choices are in this election campaign and our challenge is to the Prime Minister to have the strength and guts to face a direct debate with Jeremy Corbyn on the issues facing the country…”

May previously said she would not take part in the TV debates as she would much rather go and meet the voters.

She said: “We won’t be doing television debates. I believe in campaigns where politicians actually get out and about and meet with voters.

“That’s what I have always believed in, it’s what I still believe and I still do it – as Prime Minister, as a constituency MP, I still go out and knock on doors in my constituency.

“That’s what I believe in doing, that’s what I’m going to be doing around this campaign.”