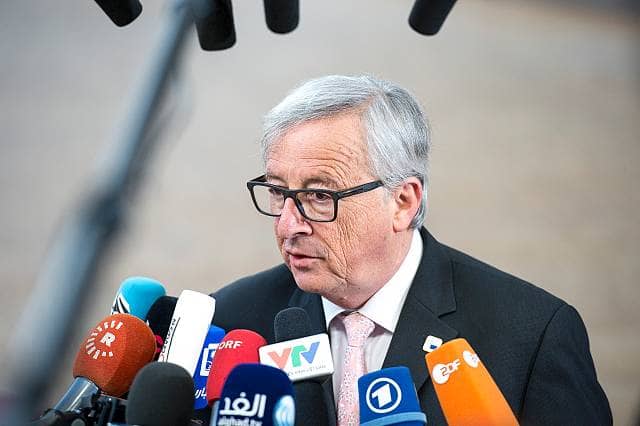 Juncker also mocked the food that was on offer at Downing street when he visited Theresa
May.

During an exchange with a Sky News reporter Saturday at the Brexit summit the reporter said that the meeting went well. Juncker said: “Are you talking about the food? You are not, are you?”

“Privately everything went well but we have a problem, the British want to leave the EU and it’s not feasible that it can be done just like that.”

As all the journalists were laughing Juncker added that the meeting was “excellent” before saying again, jokingly, “I’m not talking about the food.”

During the press conference Juncker did swipe at May and said: “Every time I was asking questions she told me to be patient and be ambitious.”

“The same remarks have to be addressed to the UK.”

“I have the impression sometimes that our British friends underestimate the technical difficulties we have to face.”